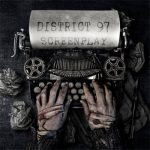 Every so often – pretty often, in fact – I find a stack of CDs has accumulated on my desk. They’ve made the cut as albums deemed worthy of sharing with my readers. In the space of just one hundred words, I endeavor to convey what’s noteworthy or even special about these releases. Each of
Read More
File next to: Spock’s Beard, King Crimson This band has been busy. With the unlikeliest of vocalists – American Idol contestant Leslie Hunt – they nonetheless kicked the door down into progressive rock, and proceeded to cut a live disc with one of John Wetton, one of the genre’s icons (King Crimson‘s 1974 Red pretty
Read More
With exceedingly few exceptions, progressive rock is a man’s game. There’s certainly no law against women singing or playing in the style – Julie Slick, for example, is one of the best bassists around these days, irrespective of genre and gender – but the truth is that the progressive rock scene is one in which
Read More