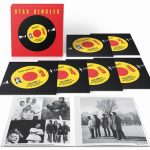 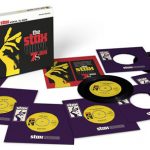 Today I take a look at four simply superb reissue/compilations, all on vinyl. Don’t Look Now Original Soundtrack (Waxworks) Don’t Look Now was a 1973 thriller starring Donald Sutherland and Julie Christie, two of the era’s hottest actors. The film, directed by Nicolas Roeg (The Man Who Fell to Earth) is based on Daphne du
Read More
Because Concord Music Group has acquired the licensing to some of the most venerable labels in all of music (Stax, Fantasy, Riverside, Prestige, and others) as well as large chunks of the work of some of the world’s most important artists (Ray Charles and Frank Sinatra), they have – in addition to their excellent reissues
Read More
A quick roundup of some notable jazz releases, from your friendly neighborhood jazz novitiate who nonetheless knows what he likes… Toots Thielemans – Yesterday & Today (Universal Music) My first – and for many years only – exposure to the Belgian harmonica player’s music was his work on Billy Joel‘s kinda cheesy “Leave a Tender
Read More