Because Concord Music Group has acquired the licensing to some of the most venerable labels in all of music (Stax, Fantasy, Riverside, Prestige, and others) as well as large chunks of the work of some of the world’s most important artists (Ray Charles and Frank Sinatra), they have – in addition to their excellent reissues – put together a number of compilations. Entries in their Definitive series provide two-disc surveys of artists’ work (mostly but not strictly in the jazz idiom) that attempt to provide a potted history of an era’s output.

They have also embarked upon a series of single-CD sets under the title The Very Best Of… These are designed more for the novitiate, and/or for the listener who’s looking for a tidy, low-risk entry point into to work of a particular artist. Though I’m losing count at this point, I’m aware of at least six early editions in this series, all of which I’ve covered: Wes Montgomery, The Miles Davis Quintet, John Coltrane, Sonny Rollins, Chet Baker and Vince Guaraldi. Late 2012 sees four more discs added to this series. 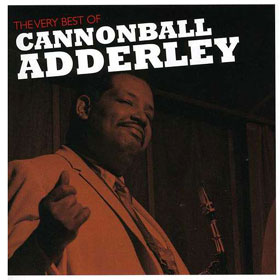 The Very Best of Cannonball Adderley
Adderley is known for a lot of things, and for me, his later soul-jazz (mostly on Capitol) is the material with which I connect the best on an emotional level. He recorded for a number of different labels, so it’s difficult to create a representative overview of his music when limited to one or two of them (in this case, Fantasy and Riverside). But Concord nonetheless does an admirable job here. True, the version of “Work Song” (written by brother Nat Adderley) found here isn’t a definitive one, and certainly the 1975 reading of “Jive Samba” isn’t the most well-known version. But the latter – with electric piano and lyrical synthesizer work from George Duke – is a fantastic bridging of more “classic” styles and a more fusion-oriented approach. And the crazy live-from-1973 “Inside Straight” is delightfully tough to classify: is it funk? Soul? Jazz? My advice: don’t worry about the labels; just turn it up. 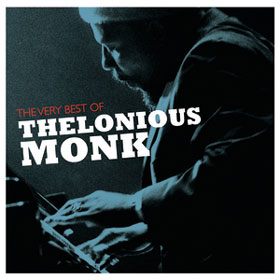 The Very Best of Thelonious Monk
All ten of the tracks collected here date from a rather brief – but dazzlingly fertile – period, late 1954 to early 1957. In that two-and-a-half year span, Monk worked with some of the best names in jazz (his peers) and recorded any number of tracks that are now recognized as standards. “Blue Monk,” “Well, You Needn’t” and “’Round Midnight” are all here, along with seven others from that period that show the pianist working solo and/or with no more than four other musicians at a time. Monk doesn’t hog the spotlight: Art Blakey‘s drum solo on “Hackensack” is thrilling. The disc starts great and never lets up; it’s particularly well-suited as a gift for anyone receptive to getting into the music of this master. 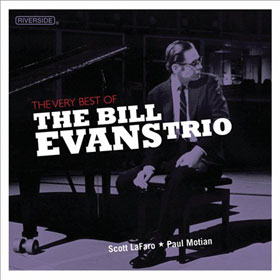 The Very Best of The Bill Evans Trio
This eleven-cut collection focuses tightly on the work on Evans’ so called First Trio, with drummer Paul Motian and bassist Scott LaFaro. As such, it draws from only four albums, every one of which is worth acquiring on its own. But as a single-disc distillation, it’s quite enjoyable. Evans’ particular genius lay in creating piano explorations of songs that all but ignored the pieces’ melodic lines, using the tunes instead as jumping-off points for something far more challenging (and ultimately, rewarding). If this set draws you in, you’ll soon find it redundant as you purchase Waltz for Debby and the other three albums from the First Trio. 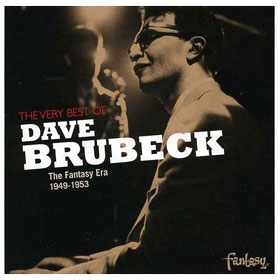 The Very Best of Dave Brubeck: The Fantasy Era 1949-1953
This collection differs from the others covered above in a couple of significant ways. First, it focuses on an earlier period of time, when the state of jazz was a bit different, perhaps a bit narrower in its scope. Second, it documents a period before Brubeck had hit the really big time. These songs are, then, slightly more “conventional” in their approach and thus a notch or two more accessible to those whose ears aren’t attuned to jazz. None of which is to suggest this isn’t a highly enjoyable set; it truly is. Brubeck conveys all range of emotion in his playing; it’s pretty clear what “Let’s Fall in Love” (with Cal Tjader on drums) is about, even though nary a word is sung or spoken. As was the custom of the era, the numbers are succinct; only on the later pieces – mostly live concert performances – do Brubeck and band venture much past the four-minute mark. “This Can’t Be Love” features some especially stunning and forward-looking work from Brubeck.