A quick roundup of some notable jazz releases, from your friendly neighborhood jazz novitiate who nonetheless knows what he likes… 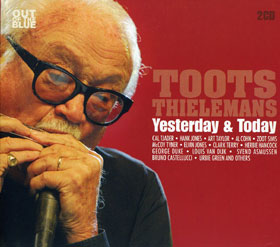 Toots Thielemans – Yesterday & Today (Universal Music)
My first – and for many years only – exposure to the Belgian harmonica player’s music was his work on Billy Joel‘s kinda cheesy “Leave a Tender Moment Alone.” Little then did I know that Thielemans’ esteemed career goes back to the mid 1940s. His playing is so fluid, lyrical and seemingly effortless, it’s almost a different instrument than what you hear on blues and rock’n’roll recordings. Non-jazz fans may find Toots’ style (slightly, in places) reminiscent of Stevie Wonder. This 2CD set runs in rough chronological order, and surveys the man’s work in a variety of settings: live, studio, small ensemble, big band, solo. And the list of names with whom Thielemans collaborates is a who’s who of jazz, including Cal Tjader, George Shearing, Ron Carter, Quincy Jones and many others. There are standards, originals, rarities and classics. It’s the ideal entry point for anyone interested in the Thielemans’ music. 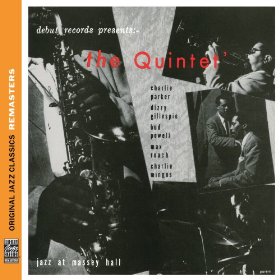 The Quintet – Jazz at Massey Hall (Concord)
The quintet in question is a rare 1953 onstage summit that included Charlie Parker, Dizzy Gillespie, Bud Powell, Charles Mingus and Max Roach. Not only is the performance an edge-of-mayhem brilliant tour de force, but the liner notes (both original and contemporary) provide the back story to this landmark recording. Trust me: if you hear the music, you’ll want to know the story, and if you read the story, you’ll climb over tables and chairs to hear the music. “Thrilling” doesn’t begin to describe it. 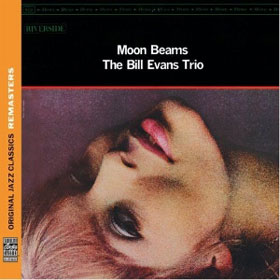 The Bill Evans Trio – Moonbeams (Concord)
Evans surely would have been given a pass had Moonbeams not been a stellar album. Still reeling emotionally from the tragic loss of peerless bassist Scott LaFaro (he died in a vehicle accident) Evans soldiered on and formed what would become known as the Second Trio, retaining the lyrical, subtle drummer Paul Motian and adding Chuck Israels on bass. It’s to Israels’ unending credit that he didn’t attempt to mimic LaFaro’s approach; instead, his bandmates adjusted their styles to accommodate his playing. The result on this contemplative and sometimes melancholy album is different than what came before, but equally wonderful. The 2012 Concord reissue adds three previously unreleased alternate takes, equal in their own way to the official versions. 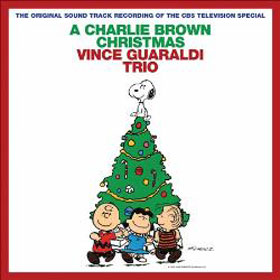 Vince Guaraldi Trio – A Charlie Brown Christmas (Concord)
Guaraldi’s music is the jazz that non-jazz fans know. The man always wanted to be a “popular performer,” and it’s a measure of his talent and taste that he achieved that goal without diluting his material or selling out in any way. Among his most well-known music – not to mention the most well-known of all contemporary jazz – is his work on Peanuts specials. People of a certain age (and younger) look forward to the annual airing of the 1965 television special, and Guaraldi’s friendly, warm and accessible music is inextricably associated with the special’s positive, uplifting (and remarkably ecumenical/universal) message. The music on this 2012 reissue (which adds three tracks not on the original vinyl release) is lovely even without all those inevitable memory associations, and there’s not a lot that’s inherently “Christmassy” about the tunes themselves, so this is recommended even if you’re not looking for holiday music or a trip down memory lane. And (Guaraldi authority) Derrick Bang‘s liner notes explain the cultural significance of the recording in prose that meshes perfectly with the music.