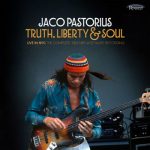 Alphonse Mouzon – In Search of a Dream (MPS) Powerhouse fusion drummer Mouzon made his name on sides by Les McCann (the stunning Invitation to Openness) and Weather Report’s debut, but it was with Larry Coryell’s 11th House that he gained top-level fame. This, the sixth album under his name, is guaranteed to please fans
Read More 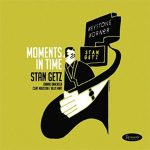 Continued from Part One… Stan Getz Quartet – Moments in Time The first of two releases chronicling tenor saxophonist Stan Getz’s May 1976 residency at San Francisco’s Keystone Korner, this is a thrilling single-disc collection of live music by Getz and his three sidepeople (Joanne Brackeen, piano; Clint Houston, bass; Billy Hart, drums). Superb song
Read More
Art Pepper was a white jazz saxophonist who specialized in a West Coast style of jazz popular in the 1950s and 60s. His catalog is vast and varied; his recorded career as bandleader began in the early 1950s on the Savoy label. His work as a sideman found him working with many of the jazz
Read More