Today I take quick looks – in the form of 100-word reviews – at ten newly-reissued and/or compiled releases. There’s something for everyone – and lots for me – in this stack of discs. 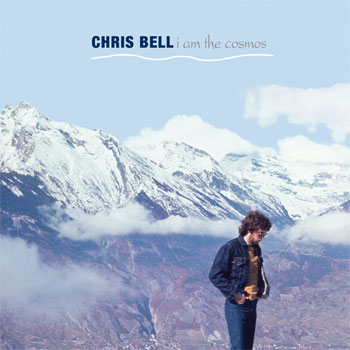 Chris Bell – I Am the Cosmos (Omnivore Recordings)
In one sense, it’s beyond bizarre that the work of Chris Bell and Big Star has gotten the attention it has in recent years. It’s certainly well-deserved; this music should have gotten a wide hearing when it was new. In any event though Bell’s only solo album has been reissued before, this Omnivore 2CD set includes a number of previously-unheard tracks. This one’s a definitive release, and with it we’re (probably?) at the end of the line for unearthing Big Star-related material. Or then again, are we? Only Omnivore head honcho Cheryl Pawelski knows for sure. Either way, major kudos. 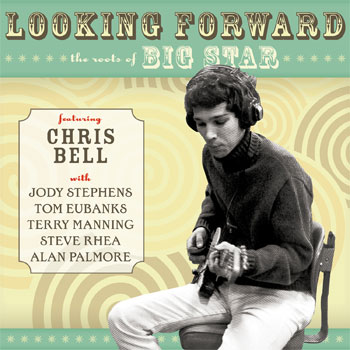 Various – Looking Forward: The Roots of Big Star (Omnivore Recordings)
Then again, there’s this. Actually, both this and the Bell title above are available on vinyl as part of a complete Chris Bell set (almost certainly out of stock by the time you read this). This set collects early material that often hints at the directions Bell, Alex Chilton and their associates would follow in the years that would follow. Most of these tracks have previously been available on scattered releases, but it’s nice having them all together. And damned if Omnivore hasn’t managed to dig up a few never-heard cuts as well. Alec Palao’s liner notes are excellent, too. 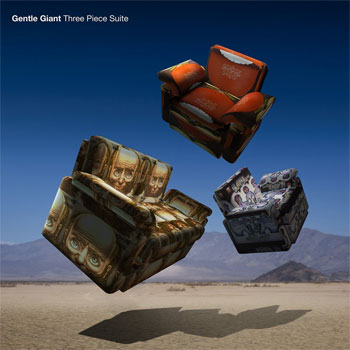 Gentle Giant – Three Piece Suite (Alucard)
This is a somewhat curious release. Alucard – the Gentle Giant guys’ own label – has released some excellent reissued/remastered/remixed versions of the prog legends’ classic album, featuring deft work by progressive music’s modern-day hero Steven Wilson. This new set repackages some of that in various ways. The CD features Wilson remixes and cherry-picks tracks from the group’s first three albums (the elf-titled debut, Acquiring the Taste and Three Friends). The Blu-ray serves up the same, adding demo versions, instrumental remixes and original mixes in high-definition stereo. There’s enough new-to-us material here to make it essential, but for diehards only. 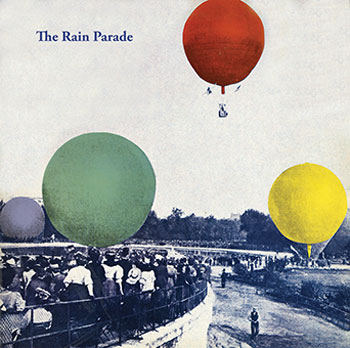 The Rain Parade – Emergency Third Rail Power Trip / Explosions in the Glass Palace (Real Gone Music)
Rain Parade was part of the 1980s “Paisley Underground” scene in Los Angeles. And while the group’s album and EP titles were a bit misleading (there are no explosions; the music is laid-back trippy, only occasionally rocking hard), there’s no denying the quality of Rain Parade’s music. “Look at Merri” has a deceptively primitive electric guitar solo, but I for one find it transcendent. And “Kaledescope” distills everything that was special about ’60s psych, recasting it in a manner that appealed to ’80s listeners. Ripe for rediscovery, this. My pal Pat Thomas does an ace job on the liner notes. 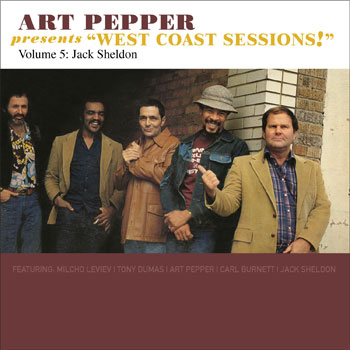 Art Pepper – West Coast Sessions ! Vol. 5: Jack Sheldon (Omnivore Recordings)
Working closely with the jazz great’s widow Laurie Pepper, Omnivore has been releasing a steady stream of Art Pepper albums, all originally released under different titles (and credited to other artists) and available only overseas. Fans of ’50s and ’60s jazz are sure to love these titles, even though they were mostly recorded much later than that (1980, actually). This set with trumpeter Jack Sheldon as the putative head is excellent, uptempo West Coast jazz. Listen in particular to pianist Milcho Leviev’s work throughout the seven-tune set. This Omnivore release includes four bonus tracks, one previously unissued in any form. 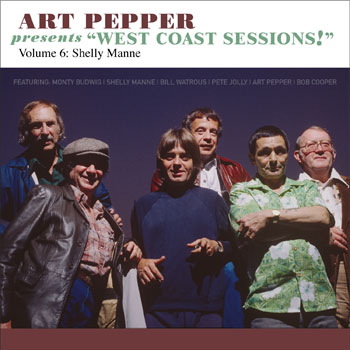 Art Pepper – West Coast Sessions ! Vol. 6: Shelly Manne (Omnivore Recordings)
Originally released in 1981 under the title Hollywood Jam, this set was credited to drummer Shelly Manne “and his Hollywood Allstars.” Like the above set, it sounds nothing at all like the prevailing lite-jazz of the ’80s, and for that we must be thankful. The sextet positively swings and blows on six tunes (plus an alternate take of “I’m Getting Sentimental Over You”). Monty Budwig’s upright bass is wonderfully kinetic, and Manne is in top form as well. As you’d expect/demand, everyone here shines. I have no idea how many of these uncredited-as-leader sets Art Pepper did; keep ’em coming. 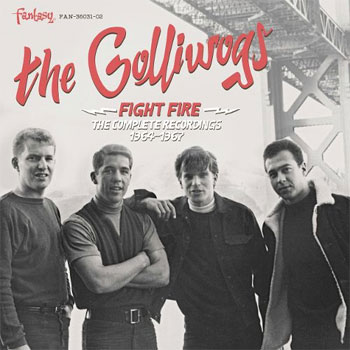 The Golliwogs – Fight Fire (Craft Recordings)
As serious fans of Creedence Clearwater Revival will doubtless know, CCR was originally fronted not by guitarist John Foegerty, but by his brother Tom. Then known as Golliwogs, the group was kitted out in ridiculous outfits that would put Sonny Bono to shame. And while hints of the CCR “sound” that would eventually emerge can be heard on these 23(!) tunes, the songs display the band’s grittier side. John Fogerty’s songwriting is still developing, but the oft-overlooked virtues of the band’s superb rhythm section (childhood and lifelong friends Doug Clifford and Stu Cook) is on full display. A must-have collection. 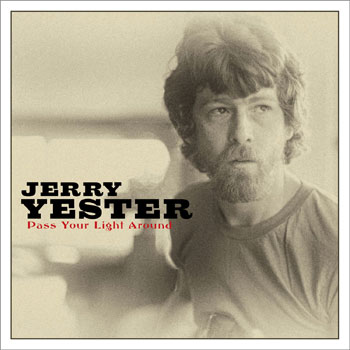 Jerry Yester – Pass Your Light Around (Omnivore Recordings)
Current appearances in news headlines notwithstanding, Jerry Yester is noteworthy in pop music of the 1960s and ’70s. A late-period member of the Lovin’ Spoonful, he was key to some successful recording made by Tim Buckley, and was half of the duo that made the peerless Farewell Aldebaran. This set collects 15 previously-unreleased tracks that show Yester had more good musical ideas than he had outlets for. His brand of country rock – as on the irresistibly charming “My Dusty Darling” is a kind of poppier rethink of Poco, and he does a credible Beach Boys pastiche on “Brooklyn Girl.” 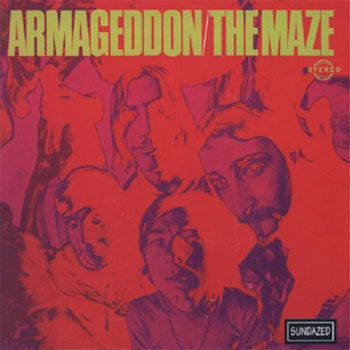 The Maze – Armageddon (Sundazed)
Original vinyl copies of this fuzz-drenched acid rock record change hands for no less than $95, and three labels have seen fit to reissue this 1969 disc. Sundazed is the newest and the one to get, as it’s official/legit. The music is sometimes suffused with a downer vibe, echoing the darker side of psychedelia: mournful organs and whatnot. Stylistically the Maze are halfway between the Doors and C.A. Quintet, with a dose (!) of Blue Cheer. The record’s occasional pop moments (“Happiness”) seem a little out of place, but “Whispering Shadows” sounds like the best Iron Butterfly tune never released. 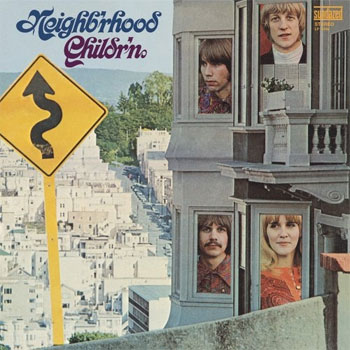 Neighb’rhood Childr’n – Neighb’rhood Childr’n (Sundazed)
Annoying spelling and oddly familiar typeface notwithstanding, this obscurity from 1968 is as fine a previously-unknown release as you’re likely to discover. Other than Jefferson Airplane hard-rocking gorups with women were a rarity in that era, but Dyan Hoffman is more than qualified; her icy vocals are top-notch, and her keyboard work on the record is just right, especially the hypnotic trilling on “Long Years in Space.” There’s a hall-of-mirrors ambience throughout, evocative of horror films and sci-fi, but it’s really a down-to-earth collection of fine songs. This is quite possibly one of the best unknown recordings of its era.