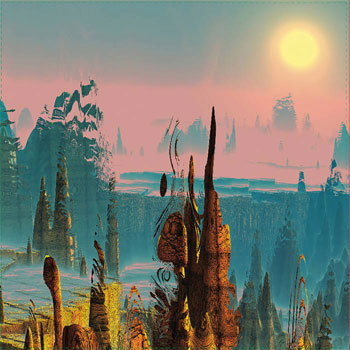 David Javelosa is an inspired musician whose work is primarily synthesizer-based. But his bent, whimsical and playful approach to music results in sounds that are far from the “serious” kind of thing you might hear on a Malcolm Cecil or Wendy Carlos release. Javelosa’s creative vision takes him in a number of different directions, as well. Some might know him for his work with Los Microwaves, a synthpunk outfit out of the Bay Area; they released a scattering of singles and an album in the late ‘70s and early 1980s. A second album – a compilation from across the years – was released in 2021, just prior to the passing of the group’s bassist, Meg Brazill. I reviewed that album, The Birth of Techno last year.

Javelosa had another intriguing side project (with Brazill) called Baby Buddha. That band /project released a promo-only single on 415 Records, a wonderfully bizarre reading of the Tammy Wynette classic “Stand By Your Man.” The group gets a chapter in my book about 415, and I reviewed their album Music for Teenage Sects last year as well.

But those only scratch the surface of what Javelosa has on offer. Two new releases showcase his work now (Modern Work Volume One) and in the past (Atomic Odyssey!, recorded in the late ‘90s). They’re very different from each other, but what they share is a fascinating, engaging character. 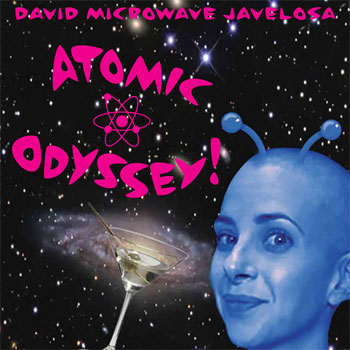 Featuring six instrumental tracks and running just over a half hour, Modern Work is inspired by Brian Eno’s excursions as well as the glitchier end of Kraftwerk. I hear hints of Telex as well. “05_09_16” has a Euro dance vibe to it. The arrangements are uncluttered, typically involving no more than three or four analog synthesizers, in some cases with one taking on the role of percussion. A heady, uptempo feel characterizes five of the six tracks; for me, the ambient vibe that underpins the hypnotic “11_03_19” is a highlight of the set.

Atomic Odyssey! draws its inspiration from a completely different set of influences. There’s a space age bachelor pad vibe to these tunes, with a more modern cut-and-paste, chop-and-channel breakbeat character applied to the works. Esquivel seems a likely influence, and the melodic quotient here is much more pronounced than on Modern Work.

Crazy sounds fly in and out of the mix, with buttery vibraphone and all sort of combo organs flittering about on the sonic landscape. The “orchestra stabs” place the recording firmly in a specific era (along with The Art of Noise, Yes and 007 Duran Duran), and while they seem a bit overused on a current-day listen, there’s (perhaps unintended) kitsch value to their inclusion. Overall, this is fun stuff, just right as the aural backdrop to an evening of vintage cocktails. This isn’t comedy music, but it’s likely to bring a smile to the lips of most listeners.

Modern Work Volume One is recommended to the adventurous and synth-inclined; the more accessible – but no less quirky and idiosyncratic – Atomic Lounge! is an ideal entry point into the world of exotica. Both are available on vinyl.