AUDIO: A Conversation with Tony Levin of Stick Men

For more than a decade now, Musoscribe has been home to my interviews, features, reviews and essays, all in print form. Going forward, I’ll be expanding into audio and possibly even video content. As a little taste of that — and because it’s really worthwhile on its own merits — here’s audio of a conversation I’ve just had with Tony Levin. You know him from the more than 500 albums he’s played on. You know him from King Crimson. And you may — and should — know him from Stick Men, the progressive instrumental trio he’s in with Markus Reuter and Pat Mastelotto. And you can SEE and HEAR Stick Men at Asheville’s Grey Eagle on Saturday, April 23. (Tickets HERE.) Sincere thanks to JD at AshevilleFM for including this interview on the station’s website, and for running it on his excellent “Closer to the Edge” program later this week. 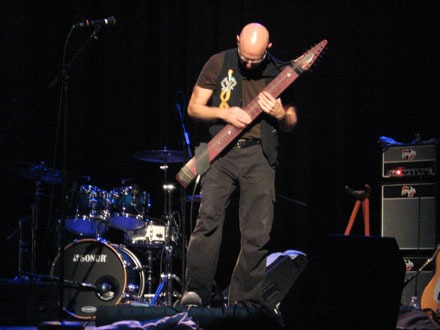