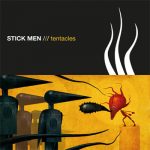 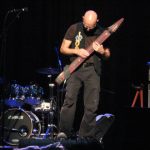 For more than a decade now, Musoscribe has been home to my interviews, features, reviews and essays, all in print form. Going forward, I’ll be expanding into audio and possibly […]
Read More

Continued from Part One… Jakszyk explains the group’s current thinking. “We are embracing the music as a whole, and we are going back and we are playing things that have […]
Read More

Progressive rock giant King Crimson has a long and convoluted history. Founded in 1969 by iconoclastic guitarist Robert Fripp, the group has gone through numerous breakups, reorganizations and lineups of […]
Read More

Gary Ritchie – Poptimistic Style: powerpop Melodic, good-natured powerpop is the order of the day on Ritchie’s new album. Musical touchstones include the obvious ones (Beatles, Raspberries, Romantics) and some […]
Read More
Among musicians, Tony Levin is as close as once can come to being a household name. Among the wider public, he’s not well known at all. That may be because […]
Read More
More albums that deserve your time, but that I haven’t the time nor space to cover in a more in-depth fashion. Levin Minnemann Rudess – s/t This project brings together […]
Read More
Continued from Part One… BK: This is an oversimplification, but bear with me. In rock, the drums pretty much keep the beat. In jazz, the beat is often implied. In […]
Read More
Though his major-label introduction to the rock world was as drummer for Mr. Mister, Pat Mastelotto’s résumé would subsequently include a staggering list of credits in a dizzying array of […]
Read More