It’s purely happenstance, but at the moment I have two discs each of archival/reissue/compilation music from seven acts. (Actually, I have three discs each by three of those, but I’m trying to shoehorn these reviews into a theme, so work with me here.) These diverse releases cover a lot of stylistic ground, and they’re all noteworthy. 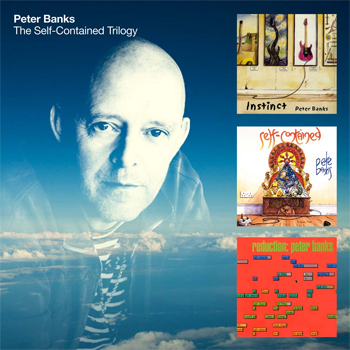 Peter Banks – The Self-contained Trilogy
People of a certain age sometimes grouse needlessly about the fact that the current lineup of their favorite classic band doesn’t include all of the original members. Hey, we’re all getting older, and the fact is that people move on, while interest and demand endure. So I don’t mind it so much. One of my favorite groups, Yes, doesn’t currently feature any original members (current leader Steve Howe joined in 1970). Yes’ founding guitarist was Peter Banks; he departed the group after sessions for Time and a Word. But he didn’t quit music; he remained busy with an underrated band, Flash, did session work, and eventually got a solo career going steady in the 1990s. His releases from the period 1994-1997 (Instinct, Self-contained and Reduction) have long been out of print, and a new reissue brings them together in a 3CD set. Banks covers a lot of stylistic ground here, with lyrical guitar work that hints at what Yes might have sounded like had he stayed with the group. 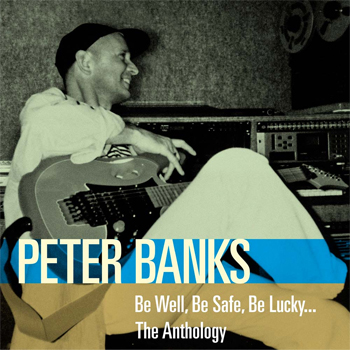 Peter Banks – Be Well, Be Safe, Be Lucky…The Anthology
This 2CD anthology repeats a good portion of the 1990s material discussed above. Its first disc, The Best of Peter Banks, only features three cuts not found on the aforementioned set. The second disc, Can I Play You Something More? Draws from a similarly-named 1999 collection that compiles Banks’ early work (1965-’68), adding a few previously-unheard cuts. Banks passed away in 2013. 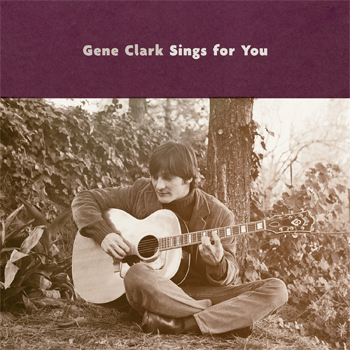 Gene Clark – Gene Clark Sings for You
Clark was a founding member of the Byrds, but he was gone by early 1966. His early post-Byrds work hinted at the future of the rock-country hybrid, a direction his old group would also go on to pursue. In addition to his collaborations with the Gosdin brothers and the Dillards, he recorded a passel of demos, collected as Gene Clark Sings for You. While we don’t know exactly who played on all of these sessions, there’s no doubt as to their value. Anyone who appreciates Dillard & Clark’s “Why Not Your Baby” (or its superb remake by Velvet Crush) will find much to love in this set. Some of these songs are as good as anything the Byrds ever did. Meanwhile, Clark’s muse apparently led him to create more material than he had use for; this new collection features the contents of a five-song acetate he recorded, songs meant to be recorded by folk-pop group the Rose Garden. Most of those cuts feature only Clark and his acoustic guitar, and they’re more folky (and less immediate) than the Sings for You tracks. The full-band electric blues “Big City Girl” is out of step with the other tracks, but it’s fascinating and memorable. And “Doctor Doctor” sounds like (and is, really) a long-lost gem of its era. 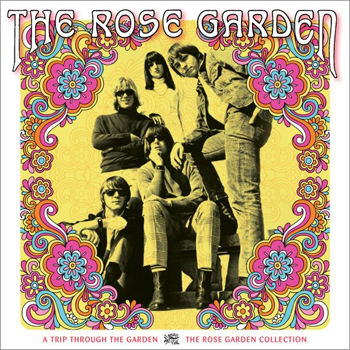 The Rose Garden – A Trip Through the Garden
This group is remembered (if at all) for its lone hit single, “Next Plane to London,” a lovely tune with shades of We Five crossed with the gentle end of Jefferson Airplane. The group’s sole LP is included here in its entirety and features “Till Today,” a tune written for the group by Gene Clark (his demo of the song is included on the aforementioned CD discussed above). This disc appends that LP’s ten tracks with 16 more: single versions, stereo mixes, rehearsals, acetates and live recordings. The unreleased material is as good (and often better) than the songs on The Rose Garden. Not surprisingly, the five live tracks that close the disc show the group’s skill at playing and singing, with just a bit more oomph in the arrangements. The band’s searing, energetic reading of the Byrds’ “So You Want to Be a Rock ‘n’ Roll Star” shows that the Rose Garden could rock out when they wanted to. 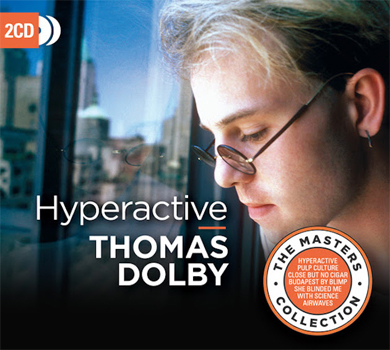 Thomas Dolby – Hyperactive
Thanks to the massive success of “She Blinded Me With Science,” Thomas Dolby will always be associated with the early 1980s. And that’s a shame, because he remains active and vital today. Dolby’s a sort of modern-day renaissance man, with involvement in all manner. of creative pursuits (Read his excellent memoir to learn more). He’s never been one to look backward: he told me in 2011, “every week I get an offer to go off and do some eighties revival tour with ABC and A Flock of Seagulls. With all due respect, I wouldn’t touch something like that with a ten foot pole. It would be an admission of ‘All my glory days are behind me; if you want to get a few drinks in you and take a walk down Memory Lane, come to our show.’” And the sequencing of this new 2CD best-of collection is right in line with that attitude; it’s intentionally sequenced non-chronologically, putting the songs together in the manner that suits the listening experience best. Highly recommended, especially for those who know The Golden Age of Wireless and not much else. 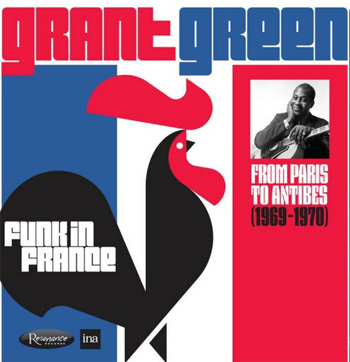 Grant Green – Funk In France: From Paris to Antibes (1969-1970)
This 2CD set is a sort of companion to Slick! (reviewed below). But unlike that single-CD set, this collection draws from Green’s two appearances at the 1970 Antibes Jazz Festival plus a radio session from October ‘69. Some slinky soul jazz is the order of the day, with plenty of sax and organ alongside Green’s tasteful fretwork. Green and his band serve up classy and intriguing readings of well-known pop material (“Hurt So Bad,” nearly a half hour of “Hi Heel Sneakers”) as well as jazz standards (Sonny Rollins’ “Oleo”). The liner notes are predictably essential, and while it’s purely incidental to the music, serious props as well to package designer/art director Burton Yount for his work. 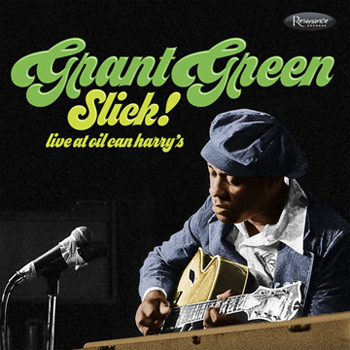 Grant Green – Slick!: Live at Oil Can Harry’s
My friend Zev Feldman does important work, unearthing previously-unheard recordings from high quality artists. This live recording from Vancouver in 1975 is crystalline in its fidelity, and it finds guitarist Green moving beyond soul jazz into funk and r&b. But there’s plenty of soothing, sweet sounds as well; cuts like the 26-minute “How Insensitive (Insensatez)” move through a variety of styles. Electric pianist Emmanuel Riggins is as much a star of this session as is Green. And as is Zev’s wont, the consumer gets maximum value. The CD features a booklet jam-packed with content: photos, essays interviews and more.