Here we go again, kids. If you’ve visited Musoscribe before, you likely know the drill: new albums worth your (and my) time, covered in the tidy space of precisely 100 words each. 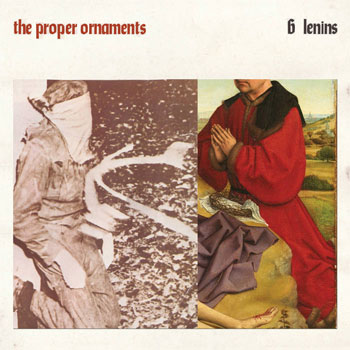 Proper Ornaments – 6 Lenins
Here’s a nice one. With shades of Echo & the Bunnymen and the Church, this London group makes a shimmering, melodic music that may remind some listeners of Together Alone-era Crowded House. There’s a melancholy air that recalls Pink Floyd and Steven Wilson (to name but two) but the Proper Ornaments’ foundation in straightforward pop gives the music a timeless appeal that’s even more mainstream than those epic artists. If you’re familiar with the Milk and Honey Band (and if you’re not, dig up their stuff ‘cause it’s great) this should be your next stop. This is their second album. 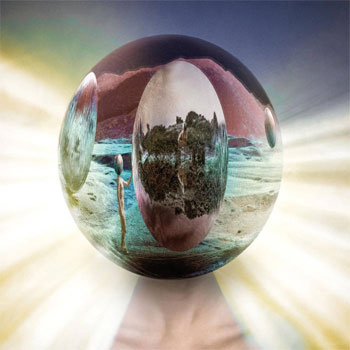 Chat Noir – Hyperuranion
The band’s name is French for “black cat.” And there’s a mysterious, sinister aura to this music, one that draws from EDM, prog, ambient and other musical styles that employ synthesizers as a sonic tool. A sample from the Beatles’ “Helter Skelter” adorns “Blisters,” but the band can take things in an atmospheric, progressive and even vaguely jazzy direction, as it does on “Humanity.” This is some seriously moody mood music; it’s highly evocative, and comes from a similar mindset to that of, say, Jaga Jazzist. Wholly instrumental, Hyperuranion nonetheless succeeds at conveying emotional content without the use of words. 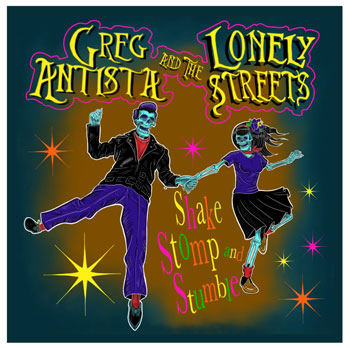 Greg Antista & the Lonely Streets – Shake, Stomp and Stumble
Even though my music library is overflowing, there’s always space in it for hard-driving, bone-shaking rock ‘n’ roll. If you like the harder-edge Tom Petty and the Heartbreakers stuff – or most anything by the Smithereens – you’re all but guaranteed to dig this. Concise, taut songs played with verve and conviction, and nary an ounce of artifice or bullshit. The title track is a kind of modern-rock answer to similarly titled classics from the old days (Shake, Rattle and Roll,” “Flip Flop and Fly” etc.), delivered with slashing, powerful guitar work courtesy of Gretsch-wielding Jessica Kaczmarek. Most enthusiastically recommended. 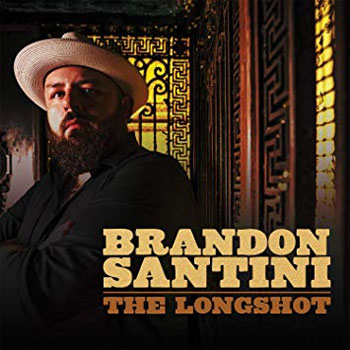 Brandon Santini – The Longshot
My initial thought upon seeing the album cover was, “Okay, Americana.” And while there is a heartland vibe at work here, Santini is a swaggering, energetic who ultimately has more in common with JD McPherson than any assembly-line-identikit Americana act. The lyrics here are on the ordinary side (“pedal to the floor” and so forth) but Santini – who also wails a mean harmonica – delivers the works with enough conviction that you needn’t worry. The music isn’t strictly blues, but it’s always bluesy. One moment he sounds like Gregg Allman; the next, he and his band roar like vintage-era Faces. 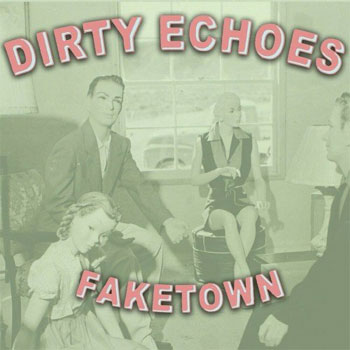 Dirty Echoes – Faketown
This music has a somewhat Knack-like poke-in-the-eye sauciness about it. The instrumentation is stripped down, punk style, but the melodies and chorus vocals take things in a direction somewhere between Cheap Trick and early ‘70s bubblegum/glam (see also: T. Rex, Slade). In places, Dirty Echoes has a bratty-but-clever feel reminiscent of The Pursuit of Happiness or Dada; that kind of ‘90s alternarock feel serves the band well. In a singe tune, the players shift easily between Police-style faux-reggae and straight-ahead rock. Their earlier release, 2015’s Rebel Movers, sounds a bit like fellow Texan Lannie Flowers. Solid, slightly twangy modern powerpop. 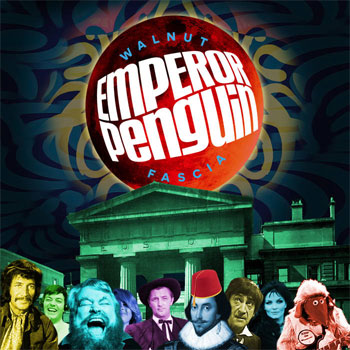 Emperor Penguin – Walnut Fascia
The label confused me by sending not one but two albums from this outfit. I had to dig into the booklet to discover that one (Rum Pop Engineer/Crumhorn) is a compilation of album from 2000 and 2017, respectively. The other – this one – -I don’t know when it’s from. What I do know s that it’s quite good, a muscular and hooky powerpop that immediately brings to mind Greenberry Woods. It also reminds me a bit of Matthew Sweet’s music from the days when Richard Lloyd laid down lead guitar parts. That alone should sell you; otherwise, move along. 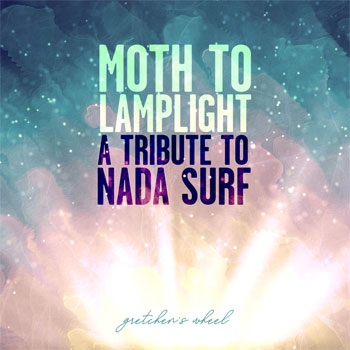 Gretchen’s Wheel – Moth to Lamplight: A Tribute to Nada Surf
For a one-person band, Lindsay Murray sure is prolific. Her albums released as Gretchen’s Wheel hit the sweet spot between heartland rock and a more melancholy sort of midtempo pop; both are styles I love, and her work excels. But here she channels her talents into making a tribute to one of the best (here comes that word again) powerpop bands out there. It’s a labor of love to cut an album’s worth of covers that most listeners won’t even know (her scintillating reading of “Always Love” excepted). But Murray does brilliantly with this musical mash note. Well worth hearing. 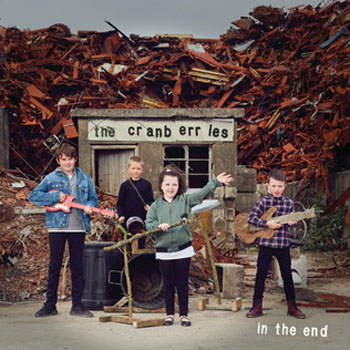 Cranberries – In the End
I must admit that I’m one of the relatively few who didn’t much care for “Zombie,” and I thought “Linger” was pretty good in a kind of post-The La’s kind of style. But as so often happens, the untimely and tragic passing of lead singer Dolores O’Riordan leads me toward a belated reassessment of the band’s work. In the End was completed “Free as a Bird” style by surviving members, with O’Riordan’s vocals taken from demo recordings. But it doesn’t sound unfinished; the opener “All Over Know” (a sad title indeed) is as good as anything the band ever did. 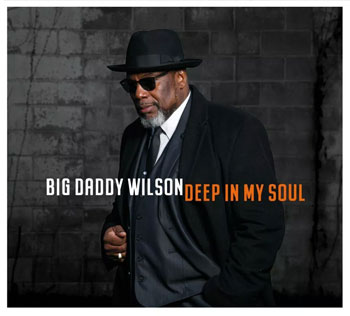 Big Daddy Wilson – Deep in My Soul
Here’s a wonderful helping of authentic Memphis soul stew. But believe it or not, Big Daddy Wilson was for many years based in Europe, not the American South. The album was cut (at least in part) at the legendary FAME Studios in Muscle Shoals, and it sure sounds like it. This set might not quite scale the heights of your old Otis Redding LPs, but it’s a damn fine collection nonetheless, and recommended. It drips with authenticity and conviction; Wilson’s a fine and expressive vocalist in the soul tradition. Country blues, soul and r&b are all tools in his arsenal. 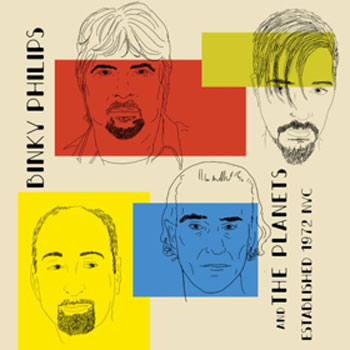 Binky Philips and the Planets – s/t
Guitarist Philips and his band churn out snarly, snotty rock of the kind that the New York Dolls traded in back in the ‘70s. Shouted choruses and nuthin’-fancy instrumentation gets across the edgy, carrening rockers. At times, vocalist Nolan Roberts sounds a bit like Dee Snider, but for songs like “Splitsville or Bust” and “Drinking Gasoline,” that approach makes perfect sense. The band sounds like it’s playing live in the studio; one can imagine the meters peaking and the tracks bleeding into one another. Ain’t nothing wrong with that. It may not change your life, but it sure is fun.