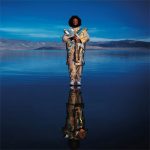 The career of saxophonist and composer Kamasi Washington bubbled under for a number of years before the Los Angeles-based artist broke through on a national and worldwide level. Hints of his potential were there early for those who paid attention: in 1999 Washington won the prestigious John Coltrane Music Competition. While a student at UCLA’s
Read More