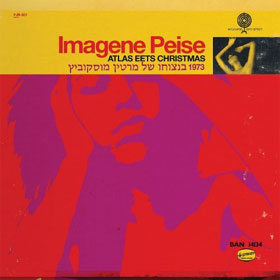 Imagene Peise — Atlas Eets Christmas
Let’s get a few things out of the way right up front about this holiday-themed release. First there is no Imagene Peise; despite a convoluted backstory, “she” is really The Flaming Lips. But no, that’s not quite accurate, either: This album – a reissue of a 2007 limited edition disc – is pretty much a Steven Drozd solo instrumental work, with a bit of vocal help here and there from Wayne Coyne. The recipe is three equal parts: first, take Drozd’s lyrical piano readings of Christmas classics. Add a healthy dose of Flaming Lips sonic weirdness (Mellotron, sitars). Finally, spread a thick layer of vinyl crackle noise atop the entire affair. Fans of early 60s exotica, piano jazz-pop, and the Flips’ psychedelic stew will love this, but those who only like one or two of those things might be left scratching their heads. 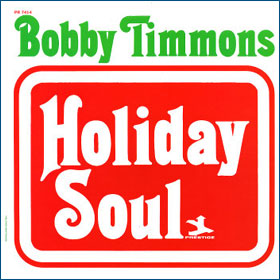 Bobby Timmons – Holiday Soul (digital-only)
Here’s a straight-ahead instrumental soul-jazz offering. Recorded and released in 1964 on the venerated Prestige label, Holiday Soul features pianist Timmons with Butch Warren on upright bass and drummer Walter Perkins. Cut in a single day – the Tuesday before Thanksgiving, November 1964 – at Rudy Van Gelder‘s studio in New Jersey, the album is a swinging yet understated affair. The arrangements are adventurous enough to satisfy jazz fans, but follow original melodies closely enough to please those who perhaps don’t dig jazz quite so much. The stereo mixing is quite nice for ’64; listen with headphones – though that’s not a social way to behave during the holidays, now is it? – and you’ll feel as if you’re right there with this tight, upbeat trio. Timmons’ trio was on fire during this period; they had recorded at Van Gelder’s only a few weeks earlier, and would return again soon. 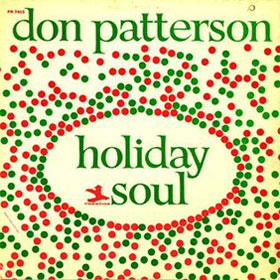 Don Patterson – Holiday Soul (digital-only)
Don’t ask me why Prestige released two albums with the same title in the same holiday season. Organist Patterson’s group could probably feel the residual vibe of Timmons’ trio, since they cut this disc at RVG the following day. The music’s quite different, though: celebrated guitarist Pat Martino and drummer Billy James work with Patterson and his gurgling Hammond to create an soul disc with deep grooves. Martino’s style is reminiscent in places of Wes Montgomery, and Patterson’s organ has that creamy feel one finds on Jimmy Smith LPs of the era. As understated in its own way as Timmons’ disc, it’s a bit more adventurous. But the trio maintains the good sense to keep things accessible enough for a general audience. Like the Timmons disc, this Holiday Soul was rush-released in time to capitalize on the 1964 holiday season. It sounds just as good now, some 51 years later.

Barbara Dennerlein – Christmas Soul
Here we have the sole current-day recording of the lot. Recorded in Italy in June of this year, this recording features Dennerlein on Hammond B3 backed by an international assemblage. Like the other jazz discs reviewed here, it’s generally a relatively laid back session, though the five-piece gets going on one of the set’s two versions of “Blue Christmas.” The arrangements also venture fairly far out from the heads, which isn’t a bad thing from a jazz standpoint. Three of the thirteen tracks feature vocals courtesy Zara McFarlane; she’s reminiscent of Ella Fitzgerald. Those and the others swing just the right amount, and there’s some tasty interplay between the Hammond and Magnus Lindgren‘s tenor saxophone. The arrangements are more varied than one might expect, with bits of big-band feeling added into bop and soul jazz. An original, “B’s X-mas Blues” adds some welcome variety to a list of familiar tunes. 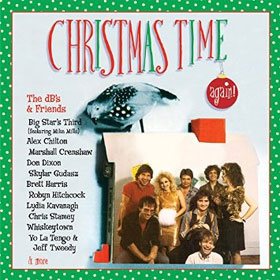 The dB’s and Friends – Christmas Time Again!
As Chris Stamey explains in the disc’s new liner notes, this album has been released – multiple times – before. His snowball metaphor is perfectly apt, as each reissue saw more tracks and artists added. If you’re at all a fan of the college rock scene of the 1980s (not to mention the people who influenced and were influenced by it) you’ll be very familiar with the contributing artists here: Alex Chilton, Marshall Crenshaw, Don Dixon, Robyn Hitchcock (the sole non-American in the lot), Whiskeytown, and a much younger artist, Brett Harris (trust me: remember that name in 2016). Big Star’s Third (featuring Mike Mills) does a scintillating reading of “Jesus Christ” complete with the rickety piano intro, but of course they would. Unsurprisingly, American treasures The dB’s win the day with the soaring, jangly “Christmas Time.” Maybe the next reissue will include some of Bill Lloyd‘s excellent holiday-themed tunes.

You May Also Enjoy: some of my holiday-themed reviews and features from past years.