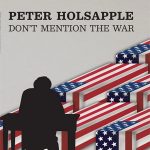 Every so often, I get a single in for review. Two recent releases are of particular note and merit. So that justifies a rare Saturday post from me. No fooling. The Embrooks – “Nightmare” b/w “Helen” (State Records) Anytime a publicist uses the word “freakbeat” when describing music sent for possible review, my curiosity is
Read More

Imagene Peise — Atlas Eets Christmas Let’s get a few things out of the way right up front about this holiday-themed release. First there is no Imagene Peise; despite a convoluted backstory, “she” is really The Flaming Lips. But no, that’s not quite accurate, either: This album – a reissue of a 2007 limited edition
Read More
Chris Stamey has been an important – if ever-so-slightly underground – part of the American music scene for decades. An early post-Big Star collaborator with Alex Chilton, he went on to create some of the best and most timeless music in rock/pop as a member of Sneakers, The dB’s, and as a solo artist. He’s
Read More