Bill Kopp: I bought the Present Tense LP when it came out; I was (fifteen; Math is hard! — bk). Gary Klebe‘s “I Don’t Miss You” got a decent amount of airplay on the rock FM station in Atlanta. Did you have huge hopes for high-profile mainstream commercial blockbuster success when you were signed with Elektra? And how soon did it begin to dawn on you that that wasn’t in the cards? 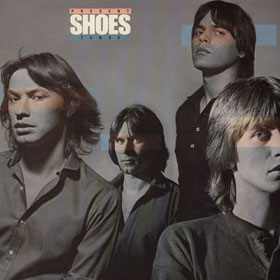 John Murphy (bass, vocals): Even before Elektra, we were being courted by Seymour Stein of Sire Records. And remember: he had Talking Heads and Ramones on his label, but neither one of those bands were hugely successful; they were underground.

JM: Exactly. But Stein was known for sniffing around and finding people first. So sure enough, there he was. He had talked to us several times. So we were being suggested to that world. And then when the Elektra thing came down, they presented it like…one of the questions we were asked by Kenny Batista (VP of Promotion at the time) was, “Are you guys ready for success? I mean, big success?” And we said — well, what are you going to say? – of course.

In our minds, the goal was a major-label contract. So everything after that – even to sell a few thousand units – was just a thrill. But they were grooming us for the big time. Millions. We had a sort of Midwestern believe-it-when-we-see-it mentality. But we knew that enthusiasm of the label was a big part of it. We figured, we give them the best we can give them, and they’re behind it. We’re the teacher’s pet.

As far as [reality] dawning on us, it would have been by the end of ’79. They rush-released Present Tense. We had just finished it in September, and the damn thing was out by the beginning of October. We didn’t know if they were trying to sneak it in for consideration for the ’79 Grammy Awards or something; we didn’t know.

But by December, they’re throwing their hands up and saying, “Well, okay. We’ll get ’em on the next one.”

BK: They didn’t work it with deejays and record stores? 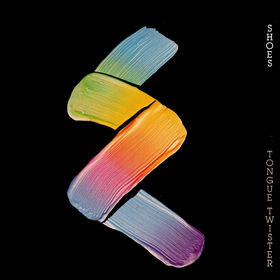 JM: [laughs] Totally. Or “dates,” or whatever you want to call them.

Meanwhile, we scurried back to our hole here in the beginning of 1980 to come up with some more material. We recorded that summer, and by fall, we were ready to have Tongue Twister out. But they said, “Let’s hold onto it,” because they had a bunch of records they were working: Queen, Linda Ronstadt.

So it got held until January. And we think they cooled on it by then. And then a lack of decisions is what did it, and before we knew it, they were saying it was another bomb. A stiff. And by this time, we’re thinking, “Oh, boy. This is not working well.” We were giving them what we wanted to; we were brought up on a commercial-minded approach. But they could never decide which song to choose to promote in a given market, that kind of thing. And that frittered away some time that was pretty valuable in building the momentum of a new record. Today, an independent can push a record for two years. Back then, they literally thought in terms of weeks.

Our contract was to record two albums. They did pick up the option for our third album (1982’s Boomerang), but they broke the deal in the middle of that and bought us out. We were glad to be making that record, but by that time we did not think that Elektra was going to put much muscle behind it anyway. We rode it out, because that’s all we could do. They had their way of doing things, and we were caught up in that. 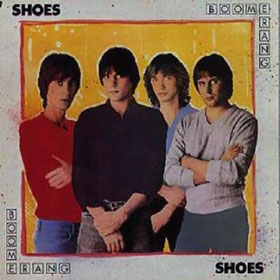 We had a deal before we had management. It was an ass-backward situation. We loved our manager then and now, but he was befuddled too. He saw the mistakes happening; he could see the train wreck coming. We begged them to do some videos for MTV, which had started in fall 1981. We said, “Give us some money; we can breathe some life into this.” But by then it was long-dead in their minds.

BK: Long, as in a couple of months.

With the exception of Silhouette – which I’ll admit I haven’t actually even heard – Shoes have always built their sound around the guitars/bass/drums/vocal lineup. Was that born out of any sort of necessity, or is it down to the fact that when you and Jeff Murphy and Gary write songs, the arrangements you have in your head are just that kind of style?

JM: In the early days, the songs we were drawn to were those traditional guitar/bass/drums arrangements. It’s not that we were ever against keyboards; I suppose it’s partly that to this day none of us is really a keyboard player.

One of the things that had always bugged us, I think, was that if you had a permanent keyboard player in your band, he’s always got to be there. I think of the early Tom Petty records – and I don’t mean to crap on him – but there’s always, on every song, a keyboard just laying the chord down, even when it’s unnecessary. So we looked at keys in our band as an accent. Textures, as opposed to building the songs around it.

One of our loves in pop music is the way that distorted guitar combined with strumming acoustic guitar sounds. David Bowie‘s Ziggy Stardust, T. Rex had that kind of thing. So that approach both appealed to us and was within our grasp to do as musicians.