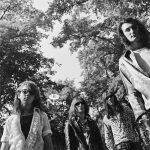 For American music consumers in the late 1970s and early ’80s, Australia may as well have been in another galaxy as on the other side of the globe; in those pre-Internet days, getting information about the existence of – much less the actual music by – bands from down under was no easy task. Even
Read More

This latest week-long dive into my backlog of worthy music for review wraps up with five archival releases. Vulgar Boatmen – You and Your Sister First things first: the album title (and title song) have no relation whatsoever to the same-named song by Big Star‘s Chris Bell. There’s not really much in common stylewise, either;
Read More
Today, it’s five more capsule reviews. It’s great stuff all, dating from the 1970s. Stories – Stories Untold: The Very Best of Stories The, um, story of Stories in inextricably tied up with that of the Left Banke (“Walk Away Renee”). The music on this set from Real Gone Music draws not only for the
Read More
Once again, it’s time for a run of hundred-word reviews. My inbox has been overflowing of late, and even after removing the material that I deem not worth my time (nor yours), I’m left with far too many discs to cover in my customary manner (500-800 word reviews). So herewith are twenty-five –count ’em, twenty-five
Read More
All this week, I’ve been working to reduce the contents of my in-box to manageable levels; these are the last five of 25 albums in that effort, each review adhering to a 100-word limit. Don’t mistake brevity for a negative review; these are all worthwhile releases. Today’s five – all reissues – are all over
Read More
Here’s another entry in my short-review series; these three are instrumental albums. Vince Guaraldi Trio – A Boy Named Charlie Brown An entire generation grew up with the music of Vince Guaraldi, becoming familiar with he melodic brand of music even if they (we) might have claimed not to like jazz. As the background music
Read More
Each of these is a multi-disc set collecting archival (and sometimes previously-unreleased) music, but other than that, there’s little to connect these releases in any stylistic fashion: Celtic soul, proto-funk/pop, hard rock, comedy spoken word, and psychedelic post-punk. All have been sitting on my desk awaiting review for far too long. So, here ya go.
Read More
Sidestepping tired allusions to Boston‘s Tom Scholz, Guns’n’Roses and Chinese democracy, Boys Don’t Lie: A History of Shoes was a long time coming. Author Mary Donnelly began work on the book several years ago. Lots and lots (and lots) of interviews would form the basis of this exhaustive and supremely well-researched tome, and then various
Read More
Near the tail-end of the 20th century, I played piano in the “house band” for a monthly coffeehouse in the suburbs of Atlanta. Since my bandmates often played acoustic twelve-string guitars, there were occasional gaps of time between songs, given over to tuning. I gamely filled those gaps with musician jokes. A favorite was this:
Read More
Continued from Part Three… Bill Kopp: So Ignition is the first new Shoes album in 17 years. It’s an obvious question, but why so long? John Murphy (bass/vocals): It sounds terrible: eighteen years. And of course there was never any grand plan. I think, when I look back at what was happening in the late
Read More