Here’s a quick look at five new releases. Four are reissues; the other is a compilation of previously-unreleased material. All are simply superb; essential, even. For the first time in a decade-plus, I’ve allowed myself to exceed my 100-word limit. 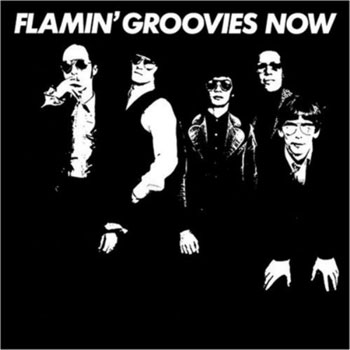 Flamin’ Groovies – Now
Originally released in 1978, this album was – intentionally or not – an exemplar of the retro-minded pub rock scene happening in the UK at the time. Post-punk in that it came after the wave of acts that included Sex Pistols, the Clash and the Damned, it is as forward- as it is backward-looking. The group – based in San Francisco – had been around since the ‘60s, so they had a credible reason to stuff an album with covers of Paul Revere & the Raiders (“Ups and Downs”), Cliff Richard (“Move It”), the Stones (the relatively obscure “Blue Turns to Grey”) and the Beatles (the still-rare-in-the-US “There’s a Place”). But as it happens, those covers are all ace, as is the original material scattered among the covers. There are fourteen cuts total on this straight CD reissue of the original; Alec Palao pens a liner note essay. 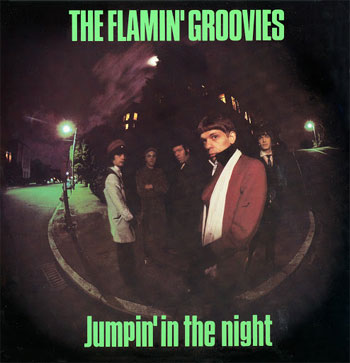 Flamin’ Groovies – Jumpin’ in the Night
Filling an album halfway with covers worked out quite well for the Flamin’ Groovies on Now, so a year later they repeated the formula with similar results. But this time around, they sometimes dug a bit deeper into their record collections for inspiration. “Down Down Down” was written by the Move’s Trevor Burton but first recorded by Dave Edmunds. The British guitarist had produced Now, which may well have led to the rediscovery of that nugget. A cover of Dylan’s “Absolutely Sweet Marie” improves upon the original, but would pale in comparison to a later reading of the tune by Jason & the Scorchers. And the Beatles’ “Please Please Me” is delivered a bit too reverently. But the originals – the jangling “First Plane Home” chief among them — are where the Groovies truly shine here. Liberation Hall’s 2020 reissue doesn’t offer any new or bonus tracks, but it does feature a brief essay from Steve Wynn of Dream Syndicate. 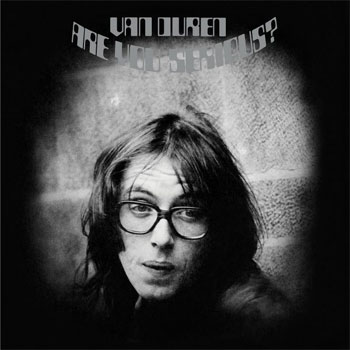 Van Duren – Are You Serious?
At this late date, I can’t even recall how I first discovered this album. I’m not sure when, either, though it must have been the ’90s when I scored a bootleg copy. What I do vividly recall is the manner in which I was completely won over by it. Duren’s approach on his 1978 solo debut is to combine the best qualities of Emitt Rhodes, Paul McCartney, Todd Rundgren and Big Star. And I don’t cite those names lightly: although Are You Serious? rarely rocks hard, it’s a perfect balance of grit and polish. Van Duren is a superb songwriter with an angelic yet expressive voice. It’s nigh on impossible to pick a “best” song from this long out-of-print LP, but “Oh Babe” is a strong contender, as are both the elegiac “Waiting” and the soaring “Grow Yourself Up.” Kudos to Omnivore Recordings for shepherding the first officially-sanctioned reissue of this landmark album. The man himself – Van Duren – wrote the liner note essay for this superb sounding set. 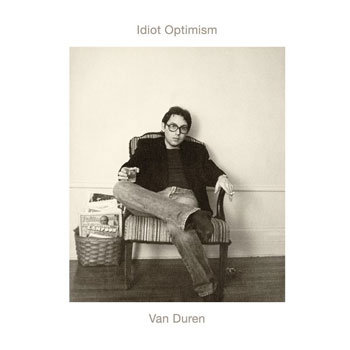 Van Duren – Idiot Optimism
If anything, Van Duren’s second album is even rarer than his debut. I’ve never ever seen a vinyl copy. One might say that it shares the same “sound” as Are You Serious?, but the arrangements are a notch better and more finely-wrought (if that’s possible). Duren seems a more assured songwriter; no sophomore slump for him. Idiot Optimism inches closer to what one might call powerpop as well, but the songs tend to bear the hallmarks of having been written on piano rather than guitar. The sole cover, “Make a Scene” was written by Chris Bell, a friend and sometime band mate of Duren’s (Bell is better known as co-founder of Big Star, of course). But Duren isn’t the kind of artist who needs to rely on the work of others; songs like “Tennessee, I’m Trying” have a bittersweet melancholy vibe reminiscent of Andrew Gold’s best work. And the amazing “Andy Please” – a song I know from a Duren 1975 demo cut with Jody Stephens (finally given official release on Omnivore’s soundtrack for Waiting: The Van Duren Story – is even better than that demo. Simply essential. 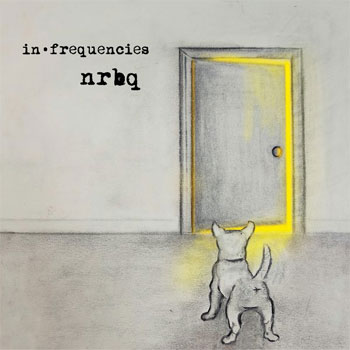 NRBQ – In Frequencies
There’s been a fair amount of activity in recent years from NRBQ. The group perhaps best deserving (but least likely to be called) “America’s band” remains as classifiable as ever. This odds-and-sods collection of tracks – demos, soundchecks, unreleased but finished pieces, live cuts – is simply wonderful. Is it blues? Americana? Rock and roll? Jazz? Pop? In a word, yes. The tracks here are drawn from throughout the band’s history, so you’ll find songs featuring Al Anderson and Johnny Spampinato alongside newer pieces. But belying its eclectic nature, In Frequencies hangs together as a cohesive album. For those recalcitrant few who argue over whether the current ‘Q is the “real” ‘Q or not, set all that aide and listen to this album.