Van Duren: If You’re Happy That’s Where You Belong

Note: an edited version of this feature appeared previously on Rock and Roll Globe. 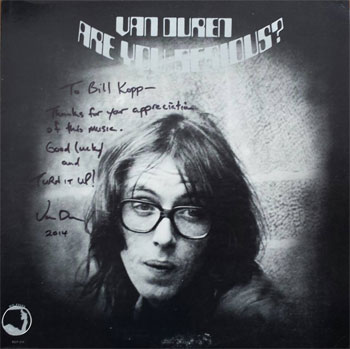 From a certain perspective, Van Duren is a shadowy, little-known part of the 1970s Memphis power pop scene that gave the world Big Star. His story and music is caught up in the same overlooked narrative that encompasses the Scruffs, Prix, Tommy Hoehn and even Zuider Zee. But to those who live or have spent time in the Bluff City, Duren’s no mystery at all. The affable and approachable – and endlessly creative – multi-instrumentalist, singer and songwriter has been making music for decades. And he’s not some studio hermit, either: all along the way he’s been easily found onstage in front of Memphis audiences, playing his original music that draws from the best rock and pop influences.

But despite the quality of his music, Duren’s fame hasn’t spread much beyond Memphis. Unless, of course, one counts his acclaim by power pop devotees; that group of ardent music fanatics long ago discovered the indelible melodic sense of the man who release his debut album Are you Serious?, in 1977. A new documentary film and soundtrack film aim to do for Van Duren something like what Nothing Can Hurt Me did for Big Star: open the music and story to the wider audience they deserve.

I first met Van Duren nearly a decade ago while on a musical pilgrimage of sorts to Memphis. That night, he was playing a set of his music – classics and newer material from his then-current album Resonance Road – for a restaurant audience dining on barbecue. As an out-of-towner who knew Duren’s scintillating pop in songs like “Andy Please” and “Grow Yourself Up,” I was a bit bewildered to find him playing in a local eatery in front of semi-interested patrons.

I continued to stay in touch with Duren as he recorded and released two delightful albums with talented vocalist and songwriter Vicki Loveland; I interviewed the duo in 2013. And whenever I had the opportunity, I pitched record labels on the idea of giving Are You Serious? a high-profile reissue. All the while – or at least for the last few years now – Duren kept silent about the film in development. Now with the imminent release of Waiting: The Van Duren Story, he’s agreed to talk about it all … a little bit. – BK

Tell me how you came to make your debut record Are You Serious?

Well, it was 1977. I’d pretty much hit a dead end in every direction in Memphis, my hometown, and I had an opportunity with a new label out of Connecticut and New York City. They basically told me if I could get there, they would put me up and front me the studio time in their studio to cut an album. At the time, it seemed like a last resort; it was either that or perhaps being doomed to work in a warehouse – which is what I was doing, and had just lost that job – the rest of my life. So, I was really up against it. I sold a bass amp, bought a one-way ticket and flew up there with a little over $100 in my pocket. I spent the summer of ‘77 sleeping on the floor in a flat in Greenwich Village and commuting by train to Connecticut to record that album in the studio.

Did you write the songs specifically for the record, or was it a collection of songs you already had?

It was a mix of both. I had a number of songs that I had been playing live for past probably couple years prior to that; some of which I’d actually cut demos with Jody Stephens at Ardent. So we picked some of those to redo, and in the two months before I moved to the northeast, I wrote a handful more. I actually finished some of them in the studio, unbeknownst to the people who ran the label! It was very much seat of the pants stuff, but it was very exciting. 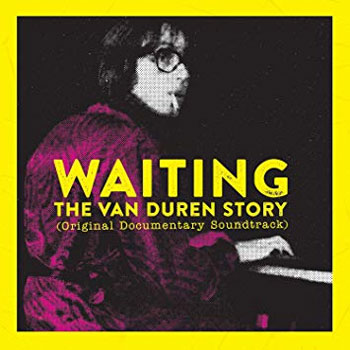 A lot of people look at Memphis rock through the prism of Big Star. How do you fit into that story?

Those guys were friends of mine. I’ve known [Big Star drummer] Jody Stephens since 1970 when he was 17 and I was 16; we’ve been friends the whole time. We had a mutual friend, Jody’s girlfriend at the time. So I knew the great player he was.

Like everybody else, I was familiar with Alex Chilton’s work for the Box Tops. That wasn’t necessarily something I was really excited about, but the Big Star record just really blew me away. I became an instant fan of the band, and [around the time they broke up] became friends with them. Mainly Chris [Bell] and Andy Hummel. But Alex and I were like oil and water, so, it didn’t really work out friendship wise.

That’s really the history in terms of the music. I was just a little bit behind them in terms of writing worthwhile material. They broke in ‘74, early ‘75 and that was right at exactly the time where I started writing.

How did you end up with Andrew Oldham as your manager?

When Jody and I did those demos in ‘75, he was connected through Big Star with several different people in the northeast and on the West Coast. He had sent these demo cassettes out to different people and one of them was Jon Tiven, the rock writer, who was at the time working with Andrew Oldham, just kind of developing talent and trying to make something happen to further Andrew’s career. And Andrew heard the first set of demos we did. He was really interested. So, that’s why he came to Memphis in November of ‘75.

When I talk to people about you and your music – people who maybe haven’t heard it before – to give them a musical reference point, I mention names like Paul McCartney, Emitt Rhodes and Todd Rundgren. The idea being that a lot of your music is really strong on melody. Are you comfortable with that kind of categorization?

I can see why people would compare me to those artists, and it’s very flattering. But even from day one of recording and making records, I was more broadly influenced than just the Beatles. I mean, George Harrison was my favorite Beatle, so, it’s kind of a misconception. But Emitt, certainly, we were acquainted years later, but he was a big influence because he was a one man band. Except for drums, I played most of the instruments on the first album out of necessity, because we couldn’t afford to hire people.

I’m also really heavily influenced by The Band and by Todd Rundgren and … it just goes on forever. There’s a lot of artists I was really influenced by, especially in the 70s, like 10cc and even Average White Band. A lot of those influences didn’t really come to fruition until the second album, Idiot Optimism. That’s where it kind of took a bit of a turn toward more of a rock and roll thing, even progressive rock.

The music that you’re doing today builds upon the things that you’ve done in the past, but it’s different. Do your songs from the 70s still resonate with you? Or put another way, when you sing those songs, do you recognize the guy who wrote them?

Yeah, I think so. It’s an interesting question. I’ve always played and sung those songs in one context or another all this time. Some of them more than others, but that’s just part of my repertoire. It’s not too much of a shock to the system to go back and revisit them in terms of playing them. But obviously, the last thing in the world you want to do when you’re a writer is to repeat yourself. So, that’s the idea. It’s always a progression. Just speaking for myself, there’s not a conscious effort to try to do something drastically different just for the sake of it being different. It’s just always thought of as progression, moving forward.

At some point, might we see a more above-ground reissue of some of your earlier material?

The film soundtrack was released in a vinyl version February 1; the CD will be out March 29. Those are on Omnivore Recordings, which I’m really excited about. It’s basically a compilation of a few things from the first record, a few things from the second, and a couple of songs by my ‘80s band Good Question, which was the next step after that experience in the Northeast. There are also a couple of live tracks from ‘78 and the very first demo Jody and I did. And another track from Ardent in 1981, recorded right when I moved back to Memphis after that experience in the Northeast. So, it’s a nice cross section with some rare things in there.

Then, I believe the plan is to reissue those first two albums at some point, but I don’t think a deal has been made. I’m not sure; that may come under the heading of wishful thinking. But this whole deal that’s going on probably makes that more realistic at this point than it was, let’s say, this time last year. [UPDATE: Omnivore Recordings is reissuing both October 30, 2020. — bk]

How did the documentary film come about?

Well, the trailer tells that story, and I don’t think I can say it even better than that. I’m not sure how much I can say, but the trailer [see below — ed.] will certainly spell that out in two minutes. We’ve had four screenings, three here in Memphis. All of them sold out, almost 600 tickets, which blew me away. I didn’t see that one coming. And then, we did a small screening in Minneapolis at a festival up there. Then the next thing is April and Sydney.

Yeah, it’s interesting. Trying to keep a secret for two and a half years is also very interesting. I made friends with these two crazy guys from Australia. They were here, they were around, they interviewed a lot of people and they knew about it, but everybody was kind of sworn to secrecy.

Plus, the real issue – at my age and after everything I’ve done in my career – I know all too well. Don’t let the cat out of the bag until you know there’s a cat in the bag.

So you’re happy with the final product?

Yeah, I think it’s great. I think it’s a nice twist on the million documentaries that are already out there about this kind of thing.