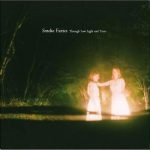 In early 2020, thanks to the good graces of a kind music publicist, I received a copy of Darkness Brings the Wonder Home, the 7th album from British folk rock […]
Read More

The influence of American blues forms upon the music of Led Zeppelin is widely acknowledged; though they took it in a heavier direction that sometimes tended to exaggerate its more, […]
Read More