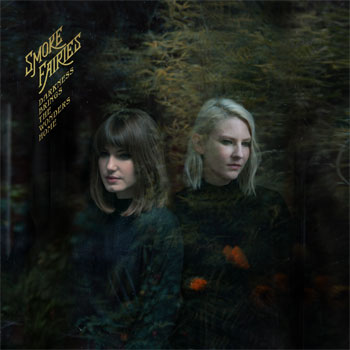 The influence of American blues forms upon the music of Led Zeppelin is widely acknowledged; though they took it in a heavier direction that sometimes tended to exaggerate its more, shall we say, macho tendencies, Zep undoubtedly helped open a generation’s ears to the style. But it’s unfairly reductive to label the band as merely recyclers of blues; they drew deeply from other musical traditions as well.

Most notable among those was folk, especially the kind of folk traditions explored by groups like Pentangle, Fairport Convention, Steeleye Span and the like. That vaguely Renaissance-flavored acoustic music finds its strongest expression on Led Zeppelin’s second and third LPs, though one can hear echoes of it pertty much throughout the band’s run of albums.

And those twin influences of blues and folk run deep, continuing to inform the creative output of artists today, some half century-plus after Led Zeppelin’s debut. As always the best artists take their influences and filter them through their own personal sensibilities, creating something special and new in the process. That’s certainly the case with Smoke Fairies. For quite a few years now – the group released its debut in 2007 – Smoke Fairies have made original music that’s steeped in the folk and blues traditions. Yet they don’t sound derivative.

Without a doubt, a listen to the group’s seventh album, Darkness Brings the Wonders Home will bring to mind music that has come before in the rock era. The hypnotic guitar figures that lie at the center of their songs call to mind Led Zeppelin. And the superb vocal harmonies of Katherine Blamire and Jessica Davies can sometimes sound a bit like Heart’s Ann and Nancy Wilson.

But Smoke Fairies’ music doesn’t seem at all to be built on the strategy of rewriting Zep or Heart tunes. Those hypnotic, gently insistent repeating melodies are a Smoke Fairies signature, and they’re used to excellent effect throughout Darkness Brings the Wonders Home. Minor-key melodies figure largely in their repertoire, but the two have a deft ability to mix major and minor shadings within the context of a tune, a facility that comparatively few artists in the rock idiom have demonstrated an ability to do. (The Beatles certainly did.)

Speaking of the Beatles, one of the most enduring qualities of Smoke Fairies is the manner in which the vocals of Blamire and Davies wrap around each other. Occasionally – as on “Left to Roll” – one or the other takes an identifiable lead vocal. More often than not, however, the two sing in a kind of mind-meld fashion that compares favorably to such classics of the technique as “If I Fell.”

There’s a power and majesty in songs like “Coffee Shop Blues.” In fact the tune is playfully titled; it’s one of the least bluesy tracks on the record. The seething, sinister tones of “On the Wing” deliver a dark, vaguely malevolent guitar figure, topped with a thrush vocal that stands in stark relief, conjuring mental images of witches on a foggy, windswept plain.

The music on Darkness Brings the Wonders Home rarely reaches any kind of noisy intensity. But it’s powerful nonetheless, in a kind of simmering, vaguely foreboding way. The midtempo tunes worm their way into the listeners’ mind, gently sawing, casting their spell. The overall effect is a notch or two more sinister than the collection of songs on the band’s most recent previous release, 2015’s Wild Winter. As fine a set as that album is, the time spent between that and this new record seems to have been well spent; Darkness Brings the Wonders Home is a more fully-realized and accomplished record., one that showcases Smoke Fairies’ unique charms to even better effect.