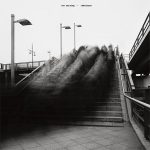 File next to: The Cure, The Smiths, My Bloody Valentine In a way, The Amazing can be thought of as a side-project: guitarist Reine Fiske is the lead guitarist in […]
Read More

It had been nearly five years since Swedish “folkrockpsych” band (their description) Dungen last played in Asheville. On that September 2010 date, the four-piece was touring in support of their […]
Read More
About ten years ago, a friend and then-bandmate of mine stopped by my house one evening. He gave me a stack of CDs, and described their contents as a variety […]
Read More
Even in the 21st century, the vagaries of transatlantic phone calls are such that bad (or dropped) connections are routine. So it was thanks to some persistence on everyone’s part […]
Read More