Album Review: The Amazing — Picture You 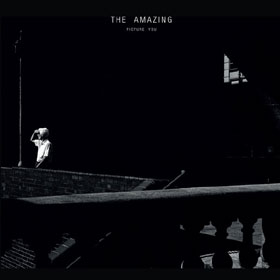 About ten years ago, a friend and then-bandmate of mine stopped by my house one evening. He gave me a stack of CDs, and described their contents as a variety of new music by artists he thought I’d really like. I hadn’t heard of any of the artists – Zero 7, The Go! Team, Prefuse 73, Dungen – but I trusted my friend’s taste well enough to assume that he wouldn’t give me any junk.

My assumption was correct, and then some. With the exception of the Prefuse 73, I was mightily impressed by all that I heard. (Come to think of it, on giving the generally highly-regarded One Word Extinguisher a fresh listen, I like it as well.) All of the music had roots in styles that I appreciated, but none of it sounded derivative: all of these artists had plenty new to say.

But of all the new music I heard, the material that moved me the most was that of Dungen. The Swedish band had a sound that reminded me in turns of experimental, late-period Jimi Hendrix, John Barleycorn Must Die-era Traffic, and the more rock-leaning jazz outings of groups like Soft Machine. I was instantly converted to a lifelong Dungen fan. I would go on to buy all of their albums, see them live in concert a few times, and (on separate occasions, years apart) interview leader Gustav Estjes and guitarist Reine Fiske.

But after releasing a half-dozen albums in the period 2001-2010, Dungen seemed to go inactive. Save for mentions a couple years back of the occasional live date in their home country, the group doesn’t seem to even exist any more; five years is a long time to go without releasing an album. And while onstage, Dungen was very much a band, in the studio, it was pretty much always the vision of Estjes that drove the band. After him, the most integral member of the quartet was Reine Fiske.

I don’t claim to know the behind-the-scenes story, but it would seem that Fiske wasn’t able to satisfy his own creative inclinations solely within Dungen. So it was that around 2009, Fiske and Dungen drummer Johan Holmegard joined forces with fellow Swedes Christoffer Gunrup (guitar) and Fredrik Swahn (vocals and multiple instruments) to form The Amazing.

Now, giving oneself a name like The Amazing sets the bar quite high: with a name such as that, you had best not suck. And The Amazing most definitely Do Not Suck. Their fourth album, Picture You, is set for release in February 2015, and it’s a corker. And the fact that Swahn and his bandmates sing in English (unlike Dungen, who resolutely stuck to their native Swedish language) will make Picture You more appealing to Anglohpone listeners.

The album opens with the dreamy, impressionistic “Broken.” Unsurprisingly here The Amazing sound a bit like Dungen, but their sound is a bit more gentle and direct, with the jazz influences muted in favor of a sort of pastoral Scandinavian take on janglepop. The hazy and textured vibe is soft around the endes, but the sharp melodic lines shine through brightly.

The slow, understated opening of the title track gives way to a midtempo, melancholy tune with more than a hint of Merseybeat; it’s a bit reminiscent of The Mary Onettes, another underrated band from Sweden; Swahn’s vocals here recall Elliot Smith. For all of its second half, the nine-plus minute song features a spare instrumental break that grows in intensity as it unfolds; in doing so, it blends the approach of Meddle– and The Wall-eras of Pink Floyd.

“Circles” returns to the soft, lyrical approach of the album opener. And Swahn’s expressive, breathy vocals here make him a near dead ringer for Pete Yorn. For the last couple of minutes, the vocals and other instruments fade away, leaving behind a gentle and lovely acoustic guitar duet.

Listeners who start thinking The Amazing can’t (or simply don’t) rock will be set right by “Safe Island.” The track opens with rumbling feedback that gives way to soaring electric guitar leads and a shimmering melody. Hazy shades of winter are implied by the song’s arrangement; the overall sonic effect is breathtaking. The controlled, deliberate squalls of feedback that make up the latter part of the song highlight the contributions of Reine Fiske, first to Dungen and now with The Amazing.

The dreamy “To Keep it Going” strips away all of the echo and reverb from the instruments (but not Swahn’s voice), and makes effective, subtly hypnotic use of Mellotron flute and strings. Floydian steel guitar lines add just the right note. Here the vocals are more or less a textural element, effective not so much for what they convey lyrically (I can’t tell) but rather for the sound they make.

“Fryshusfunk” is one of Picture You’s high point. It’s also the tune during which Picture You comes closest to sounding like Dungen. The jazzy electric rhythm guitar work, along with organ, bass, drums and spacey lead guitar create a downtempo vibe. Halfway through – are you spotting a trend here? – the song switches gears and becomes a heavy, Hendrix-like hard-rocking headswirler. It might remind some listeners of the extended coda of The Beatles‘ “I Want You (She’s So Heavy).”

“Tell Them You Can’t Leave” features the album’s strongest melodic base, and that’s saying something. Of particular note is Holmegard’s deft and complex – yet extremely light-touch – work on the drum kit. The song’s creamy vocal harmonies make it even better.

Acoustic guitar is out front on “The Headless Boy,” which finds The Amazing in back in pastoral folkie mode. The lilting melody benefits from some lovely, uncredited female vocal harmonies alongside Frederik Swahn.

“Captured Light” makes use of some string synthesizer work, effectively recreating the ambiance of a real string section with its alluring, repetitive melodic line. The song moves through multiple sections; it’s progressive, almost suite-like in its construction.

Picture You closes with the melancholy “Winter Dress.” Phase-shifted guitars and dreamy arrangement warmly recall The Alan Parsons Project. The guitar fills between verses create a soothing dialogue between vocals and the instrument.

Maybe Dungen will come back with another album; maybe they won’t. But The Amazing prove that there’s still some substantial and winning music coming out of Sweden.

Because of Picture You‘s official release date being next February, I’m not considering it in my end-of-year Best of 2014 list, but know that it would have been a strong contender. (Check my Best of 2015 list a year from now.)