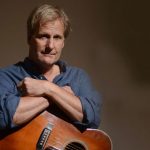 The infernal pandemic is still with us, but artists and venues are finding ways to present live music in a setting that’s safe for audiences. In some cases that means live streaming; in others, socially-distanced, limited-seating engagements are increasingly popping up on the calendar. This roundup of live music in Asheville over the next 30
Read More
Continued from Part One… Bill Kopp: When most people think of well-known actors – or musicians for that matter – we more or less assume that they live in New York City or Los Angeles. You live in Chelsea, the small town in which you grew up, about an hour west of Detroit. This might
Read More
Not only is Jeff Daniels a screen and stage actor and a playwright, but he’s an accomplished musician with six albums to his credit. He is currently touring in support of his latest, Days Like These. Just ahead of the Asheville NC date, we had a conversation about his music and how it fits into
Read More
Lots in the hopper right now at Musoscribe World HQ. Here are some teasers of what you can expect in the coming days: Translator were one of the more exciting bands to come out of the (or my) college rock era. With the songwriting and musicianship of the two front men Robert Darlington and Steve
Read More