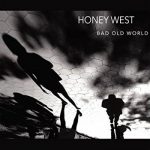 Most people will know the name Ian McDonald from his work with King Crimson and Foreigner. But his body of work extends well beyond pioneering progressive rock and ’70s arena rock. His current project is, in fact, a far cry from both of those styles. A superb multi-instrumentalist and songwriter, McDonald lends his talents to
Read More