I Talk to the Wind (and Other Instruments): The Ian McDonald Interview, Part One

Ian McDonald’s career has taken some seemingly unexpected twists and turns. The singer, songwriter and instrumentalist played with an embryonic version of groundbreaking progressive rock group King Crimson, and was a key figure in the critical success of the band’s debut album. A few years later, he co-founded Foreigner, one of the most popular acts of the arena-rock era. In between and after those adventures, the West London native made a highly-regarded album with another King Crimson alumnus, played on high-profile sessions with artists like T. Rex and Herbie Mann, took part in all-star tours with fellow heroes of progressive rock, and released a solo album that featured guest spots from his friends and peers. And now at age 72 he remains as creatively engaged as ever, working as part of country-rock band Honey West.

The multi-instrumentalist and singer’s eclectic musical journey started when he served five years playing music in the British army. Once his tour of duty was complete, McDonald connected musically with singer Judy Dyble, formerly of folk-rock group Fairport Convention. The two placed an ad in the “Musicians Wanted” section of influential London music paper Melody Maker. 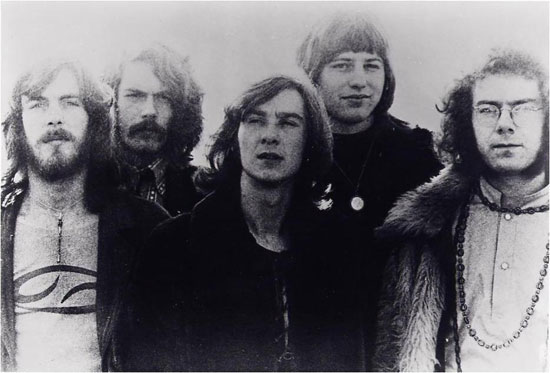 “Peter Giles of Giles, Giles and Fripp responded,” McDonald recalls. “He invited us to their rehearsal and recording station.” The trio—Peter Giles on bass guitar, brother Michael Giles on drums, and guitarist Robert Fripp—had already released an album, The Cheerful Insanity of Giles, Giles & Fripp, but reportedly it sold a mere 500 copies. So the group was looking at a different approach. When McDonald and Dyble arrived, GG&F were practicing and making tapes in their London flat.

“Judy and I ended up joining them,” McDonald says. That short-lived lineup wouldn’t officially release any music, though a home demo of “I Talk to the Wind” with Dyble on lead vocals and McDonald on flute turned up many years later on a 1976 compilation called A Young Person’s Guide to King Crimson.

Dyble departed soon after making that tape, as did the group’s bassist. “Peter Giles was replaced by Greg Lake,” McDonald explains. “And I brought in my friend, Peter Sinfield, who wrote great lyrics. That’s how King Crimson started.”

The band’s debut, 1969’s In the Court of the Crimson King is widely hailed as a landmark album, one that ushered in the era of progressive rock. McDonald is all over the record, singing and playing bass clarinet, clarinet, flute, harpsichord, Mellotron, organ, piano, saxophone and vibraphone; McDonald has a composer co-credit on all of the music on the self-produced album. The band got one of its first big breaks opening for the Rolling Stones, subsequently embarking on an American tour.

But cracks appeared in the group’s cohesiveness almost immediately; by 1970 McDonald and Michael Giles had left the group. Bassist-vocalist Greg Lake departed to join forces with Keith Emerson and Carl Palmer in ELP, leaving only Fripp and non-performing lyricist Sinfield to continue King Crimson with new musicians.

With hindsight, McDonald sums up the reason for his leaving in a single word: immaturity. “I was probably not quite ready for the attention we were getting,” he says. “I was away from home, and I was becoming a little bit uncomfortable with some of the music we were playing. There were a lot of factors, and I wasn’t emotionally equipped at that time to deal with what was going on.

“It was a spontaneous decision; perhaps I should have gone home and thought about it a little bit,” he says. “But there you are.”

McDonald was by no means finished with music; in fact he was just getting started. He joined forces with Michael Giles for a delightful (if often overlooked) album, McDonald & Giles. Released in 1971, the album presents a slightly sweeter, friendlier take on the King Crimson musical aesthetic, and boasts a guest appearance by Michael’s brother Peter on bass plus Traffic’s Steve Winwood on keyboards. Once again, the facile musical utility man McDonad plays a dizzying assortment of instruments, this time including flute, clarinet, guitar, organ, piano, saxophones, zither and “sundries” as well as sharing vocal and production duties with Michael Giles. 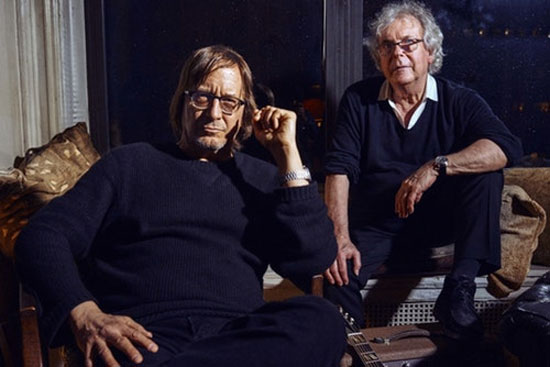 Some of the music on McDonald & Giles (specifically the 20-minute “Birdman”suite) had been under consideration for inclusion on King Crimson’s next album, McDonald says. McDonald & Giles was never intended as anything more than a one-off effort (“I don’t like the word ‘project,’” McDonald says with a chuckle), and the musicians never considered playing live dates in support of it.

Owing to his wide musical prowess, McDonald found himself called upon for recording sessions by some of the era’s popular artists. “I wouldn’t say I did a lot of session work, but I guess people sought me out,” he says. One who sought him out was Marc Bolan of T. Rex. “I had met Marc socially, and I had heard some of the tracks he was doing,” McDonald says. When I heard the basic track of ‘Bang a Gong (Get It On),’ I thought, ‘I could put some saxes on that.’” McDonald’s baritone and alto saxophone are featured prominently on the 1971 single, a worldwide hit.

Another session was for prolific and genre-blurring jazz flautist Herbie Mann, in England to record a sort of answer to his 1968 LP Memphis Underground. A decidedly rock-leaning set, 1974’s London Underground features Mann plus a who’s-who of British rock covering hits of the day. Joined by Rolling Stones guitarist Mick Taylor, McDonald plays alto sax on a jazz-rock reading of the Stones’ single “Bitch.” McDonald doesn’t have strong memories of the session, though. “It was all very casual in those days,” he says. “I wasn’t a ‘session musician.’ I just did whatever came along; if I was keen on something, I would ask if I could be involved.”

Later in ‘74 McDonald landed—and not for the last time—in an unlikely musical situation. “I had been to the U.S. for awhile,” he recalls. “I guess I was invited to play on a track that King Crimson were already involved with, ‘One More Red Nightmare.’ I played a sax solo that turned out quite well, actually. And having done that session, I was asked to go on tour.” He’s not sure he was ever asked to officially rejoin King Crimson, but he did agree to tour in support of 1974’s Red.

“And then, quite promptly, the group was disbanded,” McDonald says. “So technically, did I rejoin the band? I’m not sure.”