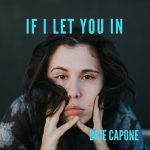 Singer-songwriter Brie Capone first moved to Asheville when she was a teenager, but her musical journey would eventually take her far afield. Capone studied at Berklee College of Music in Boston, and then moved to New York City to get her career moving. Her group the Humble Grapes recorded a self-titled album, but that project
Read More