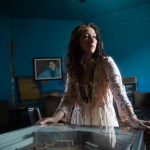 Though she can attribute at least some of her success to doing well in songwriting contests, Asheville-based singer-songwriter Alexa Rose has mixed feelings about competition. But as she put the finishing touches on Medicine for Living, her album due in this month, Rose teamed up with a recent fellow competitor for a songwriter-focused show at
Read More