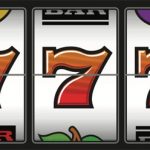 This week marks the seven-year anniversary of the launch of my Musoscribe blog. I started it in June 2009, and by July I had settled into my once-a-day posting routine. For seven years since, I’ve posted new content – a feature, interview review or essay – every single business day. About a year ago I
Read More 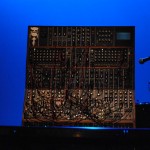 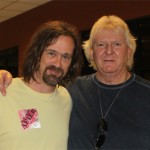 With the passing of David Bowie this week, I’m reminded that we’ve long since entered the time in which heroes from the rock era start passing away from natural causes (as opposed to the premature-by-far ODs and such). Of the musician deaths of which I’m aware in 2015, Chris Squire is the only one I
Read More
Lots in the hopper right now at Musoscribe World HQ. Here are some teasers of what you can expect in the coming days: Translator were one of the more exciting bands to come out of the (or my) college rock era. With the songwriting and musicianship of the two front men Robert Darlington and Steve
Read More
Happy New Year. Congratulations on making it to the other side, on surviving what my Dad calls “amateur night.” Like (I hope) most of you, I am taking today off. Relatively speaking, we Americans don’t get much in the way of (paid) vacation days, and those among us who are self-employed (like myself) effectively get
Read More
Happy Labor Day to my readers in the USA; happy September to them and everyone else. This month is going to be an especially event-filled one for me: near the end of September, I will be getting married to my sweetheart. The plan is for my normal posting schedule to continue, with some minor modifications.
Read More
Lots happening here at Musoscribe. In recent days I’ve interviewed some big names, and those features will be online soon. These include (but are not liited to: Jazz guitar legend Larry Coryell Kenney Jones and Ian McLagan of The Small Faces Max Bloom of Yuck (their new album was one of my “Best of 2013”
Read More
Well, this pretty well wraps up my blogging content for 2013. Hopefully, those interested checked out last week’s series of Best Of lists. I also had a number of bylines elsewhere last week: pieces in print and online at other music-related outlets. As the embargoes for those expire, they’ll show up here. I also inked
Read More
A tradition I’ve developed these last four years is NOT posting a review, essay or interview on Thanksgiving. Instead I’m taking the day off and preparing (with my sweetheart) a nine-course Holiday feast for us, my two adult kids, and my sweetheart’s mom. Everything pretty well made from scratch, with homemade red and white wine
Read More
Here at Musoscribe World HQ, things are even busier than usual. The backlog of content I plan to provide gets bigger and bigger every day. And while today’s post does absolutely nothing to relieve the pressure of said backlog, here ya go anyway: a quick look at what I have in the hopper for readers.
Read More