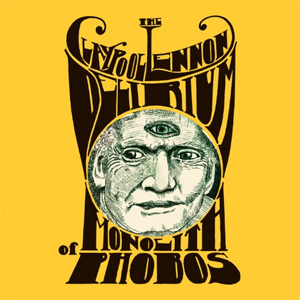 File next to: A Saucerful of Secrets-era Pink Floyd, Primus, Plastic Ono Band

Les Claypool‘s detractors point to his tendency toward being too clever by half, for making self-consciously “weird” music with wacky sounds, a kind of less creative, poor man’s Frank Zappa. Sean Lennon has moved in some odd musical directions, but has avoided critical brickbats by focusing on song craft. This collaborative album – supported by a current tour – builds on the strongest characteristics of both artists’ work, creating an album that’s both weird (and bass-heavy) enough for Claypool fans and straight-ahead enough to satisfy those who expect (at the very least) rocking melody from the son of one of pop music’s most imposing figures. The NYC-born Lennon has never sounded so British as on this disc. “Cricket and the Genie: Movement I, The Delirium” offers up an infectious and rubbery groove, with a fine dusting of psychedelia.