I’ve been playing in cover bands on and off — mostly on — since around 1980. With the exception of some years — the late 80s to early 90s — set aside to be a young married with young kids, I’ve been in one or another covers band, and have had great fun doing so.
Read More
Way back in 2002 I put together a band to play covers of some of my favorite music. Then as now I was especially into mid 60s garage, psych and proto-punk. In addition to that music’s vitality and immediacy, much of it had the handy benefit of also being relatively easy to play. I put
Read More
Some people get really, really worked up over Elvis Presley. Their slavish devotion fuels a marketing juggernaut that has yet to abate. It’s not just about the music; in fact one could argue that it’s hardly at all about the music. I’m sure Colonel Tom Parker‘s ghost is fuming somewhere that he can’t get his
Read More
I recently returned from a musical pilgrimage to Memphis TN and Branson MO. Stay with me: I had a very good reason to visit Branson. No, really. Over the coming days, I’ll report on various parts of the trip. I’ll do so using the patented No Particular Order™ Method. So, with that in mind, here’s
Read More
Five years ago today we held a memorial concert for my friend and band mate Dave Jones. It was pretty cool: even though the band we were in together had fallen apart in the wake of Dave’s untimely death, we reunited (and our rhythm guitarist learned all Dave’s parts to play the songs one last
Read More
Regular readers of this page will know — because I rarely go any amount of time without bringing up the subject — that in the early-to-mid part of the naughties (ca. 2002-2005) I led a little ol’ cover band called The Echoes of Tyme. (Interested parties can read a brief essay outlining that band’s story
Read More 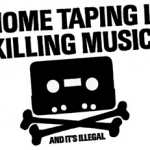 As Record Store Day (April 17) approaches, my thoughts turn to an experience I had when I was a high school senior. I was looking for a summer job to keep me occupied in the months before heading away to college, and I figured such a job would provide some cash for the essentials (records,
Read More
I remember the first time I saw Alex Chilton. I was in college in Atlanta, and I had met this sort-of-weird couple (they were probably “on the drugs”) through, I don’t recall exactly, some sort of common musical interests. I think I probably had a class in common with the guy. Anyway, once they discovered
Read More
When a writer’s work gains a certain degree of visibility, an interesting thing sometimes happens. The artists getting reviewed and/or profiled often contact the writer to give feedback. This happens more often than you might expect. Owing to the ease of communication afforded by the intertubes, it’s easy for an artist to find out when
Read More
Well, not really. Not at all. I’m busy with a bunch of interviews, and with giving critical listens/watches to a stack of cool stuff. Each will be detailed and recommended in its turn, and soon. Here’s some of what’s coming in the next few days: Beyond Reality, the latest album (out now) from Dutch progressive
Read More