Not long thereafter, Auger was leading an organ trio at a Manchester club called The Twisted Wheel. There he was approached by a “rather tall guy.” Long John Baldry, as he was known, was a household figure in British music, having been a guest on two Beatles TV programs. Baldry asked Auger to come around to his office and meet his manager; they wanted to put a new band together.

Auger was happy to help. “I can use my rhythm section – Micky Waller on drums and Ricky Brown on bass – and I can add a guitar player,” he said, suggesting Vic Briggs. Baldry insisted on having another singer in the group, a young Scotsman called Rod Stewart. “Rod was somebody who was just flitting around the scene at the time… very nicely dressed,” Auger recalls. And Auger suggested adding yet another singer, siren-voiced Julie Driscoll. “I’d done a couple sessions for her,” he says. He told Baldry and his managers, “There’s nothing like her out there at all.” 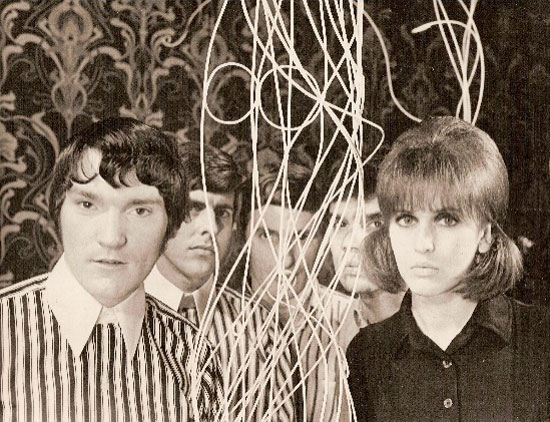 Auger had the whole presentation sorted out. “I’d go on, and I’d play a couple of tunes with just the rhythm section and the organ,” he says. “Then Julie could come on, and she could do her stuff, and I could sing backup. Then Rod could come on, and me and Julie could sing backup for him if we needed to. Then, John comes on as the star – doing Tamla/Motown and blues stuff – and we could all sing backup for him!” They would call the band Steampacket. The group was a hit everywhere it went, but would record less than an album’s worth of material during its short time together.

In early 1965 Auger received a phone call from Paul Samwell-Smith, bassist and producer of The Yardbirds. He was asked to play keyboards on a session for the group’s latest single. He showed up at the studio, looked around and asked, “Where’s the organ?”

Samwell-Smith explained that there wasn’t an organ, and that Auger would be playing an instrument that had been stored in a corner of the studio, under a tarpaulin. Auger pulled off the cover to find a double-tier harpsichord. “Are you guys crazy, or what?” he exclaimed. The producer insisted that he was serious. “Better give me five minutes then,” Auger recalls telling him. “Because I’ve never played a harpsichord before.”

The session was completed in about two hours. “I remember leaving the studio and walking down towards the Tube,” Auger says with a laugh. “I was thinking to myself, ‘These guys are nuts! Who’s going to buy a pop single with harpsichord on it?’” Lots of people, as it turned out: “For Your Love” was The Yardbirds’ first smash hit, top-tenning in the UK, Ireland, Canada and the United States.

After Steampacket split, Auger and Driscoll put together The Trinity. Between 1965 and 1969, the group released quite a few singles in the UK, France, Germany, Spain and Italy, along with several albums. The Trinity’s energetic jazz foundation and the mesmerizing vocals of Driscoll helped propel the group to the top of the charts. Among their biggest successes was a distinctive cover of Bob Dylan’s “This Wheel’s On Fire,” a #5 hit for The Trinity on the UK charts in 1968. (The new Auger Incorporated collection includes “Jeannine,” a previously-unreleased Trinity track with Driscoll.)

Looking back, Auger doesn’t characterize his style of that period as easily fitting into one or another genre. “I just thought of myself as a musician,” he explains. “But I realized that, at that time, I had the chance to try and make a bridge between the new rhythms of the rock world and jazz.” He recalls seeing Duke Ellington interviewed on a TV program. The composer/bandleader was asked what kind of music he listened to for pleasure. “I’ll always remember this, man,” Auger says. “He said, ‘There are only two types of music: good and bad.’” 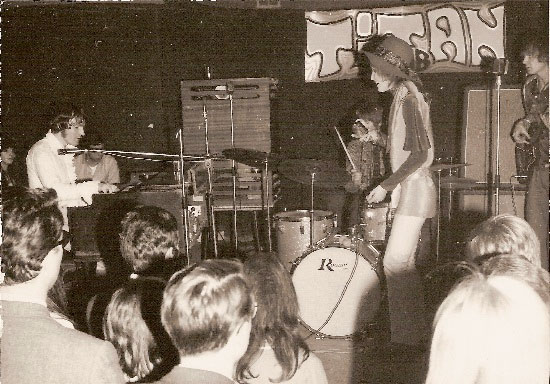 Auger’s successes in music would be enough to keep most artists busy, but he found time for extra-musical pursuits as well. When theatre and television producer Jack Good invited invited Auger to co-star with The Monkees in a television special called 33-1/3 Revolutions per Monkee, the keyboardist gamely agreed. “Jack Good was a very straight [conventional] Englishman,” Auger says. “But funny as hell. We hit it off immediately because – of all things – my Latin.”

Like many of his generation in England, Auger studied Latin in school. And before becoming an impresario, Good had taught Latin. So the two men bonded. “My family motto is non donamus rectum rodentus,” Auger jokes, “Which basically means, “We don’t give a rat’s ass!’”

Good outlined the role in 33-1/3 Revolutions that he envisioned for Auger. “You’re going to be the mad professor,” he explained. “You’re going to have a psychedelic organ, and you will be in a studio like the transporter on Star Trek.” Auger deadpanned, “Well, that shouldn’t be too difficult.”

He and Driscoll tore into their roles with glee; their campy, over-the-top performances would be a highlight of the program, which aired in April 1969. Among the special’s notable musical performances was The Trinity’s “Come On Up,” featuring a bewitching vocal by Driscoll and incendiary organ work by Auger. The Monkees “seemed to really enjoy having us around,” Auger says. The TV special would turn out to be The Monkees’ final bow as a foursome; Peter Tork quit that group as soon as filming was completed.

Auger’s next endeavor was the launching of a new group, Oblivion Express. He had the commercial wind at his back, but chose to use that moment for his own purposes, not in cynical pursuit of hit records. “I had decided that I would push the envelope forward,” he explains. “With Julie I had tried to bridge the gap, so now I was going to push on the jazz side and see if I could make this music go wherever I wanted it to go.” He says that he was fully aware that this new group would be “wading against the commercial tide. I thought, ‘Maybe I’m headed the quickest way to oblivion.’ So I named the band Oblivion Express.”