No Way Out: The Curious Case of The Chocolate Watchband (Part Two) 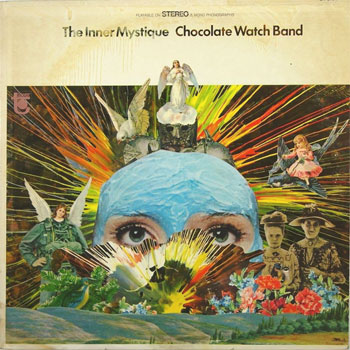 The punky ethos of Watchband songs like “Are You Gonna Be There (At the Love-in)” and “Let’s Talk About Girls” was no put-on; the band could be wild. Aguilar relates one of many tales from the era. “We played for Hollywood producers on this big ship. We emptied out the trophy room; we took the 5-foot model of the ship and tried to stick it in the back of our van while the party was going on, but our manager caught us and made us put it back. And then Mark dropped acid in the [punch]; we had a whole ship full of people on acid, with no idea who had done it.”

Speaking of Hollywood, the Chocolate Watchband experienced some opportunities that looked as if they would lead to bigger things. One was being asked to take part in the film Riot on Sunset Strip. The group turned in a fiery performance of “Don’t Need Your Lovin’,” a Stones-y rocker inexplicably not recorded for release. Aguilar says that the whole episode happened quickly.

“We got a call on a Wednesday that said, ‘Hey, guys. Pack up your bags. You’re leaving tomorrow morning. You’re gonna do a Hollywood movie,’” he recalls. Next thing they knew, the band was on the set, “walking around with cameras, and actors, and starlets and producers. And then they said to us, ‘Oh, yeah, by the way, you’ll do two original songs. Can you write them really quick? We’re recording them tomorrow.’” Music historian (and current Watchband bassist) Alec Palao still marvels at the performance captured on film. “They totally communicated the sort of band they were, in only two minutes of footage.”

When it came time to go into the studio, producer Cobb had his own ideas about what the music should sound like. Aguilar had begun to write (“Gone and Passes By” made it onto the LP), and some songs from the band’s live repertoire were recorded. But when presented with tunes from outside writers, the band members sometimes balked at Cobb’s suggestions.

Aguilar recalls, “He’d say, ‘Now, I want you to record this song, “Hot Dusty Roads.”’ We looked at it and said, ‘That song’s a piece of shit. That’s not us; that’s not who we are. We won’t record it.’” So Cobb brought in studio players and cut the Stephen Stills tune without the Watchband’s participation. “He wanted a band that was malleable and could live up to his idea of what psychedelic rock was,” Aguilar says. And Aguilar believes that Cobb’s L.A. perspective was out of sync with what was happening in Haight-Ashbury, closer to the Chocolate Watchband’s home.

“We had four days in the studio and that was it,” Aguilar says. He notes that the early Beatles and Rolling Stones albums were recorded simply: “Stand up, turn the microphones on, and play the stuff you’ve been playing on the road.” He says that approach could have served the Watchband well. “But we were learning new songs that Ed Cobb was throwing our way, and that really slowed the process down. So, in four days, we might get two new Ed Cobb songs and three of ours. And then he’d say, ‘Okay, That’s a wrap. That’s an album.’” 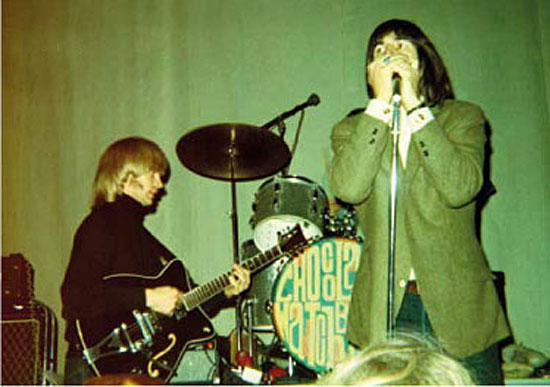 But even Aguilar admits that sometimes Cobb’s instincts were spot-on. “He gave it a good shot, and there are some great songs on our albums that are not ours,” he says. Today the re-formed Watchband plays some of those tunes, including Richie Polodor’s excellent instrumental, “Expo 2000.”

In the face of what Aguilar considers mishandling and neglect, the “real” Watchband fell apart after about a year, shortly after the release of its debut LP, No Way Out. “I didn’t leave the band,” Aguilar insists. “The band left itself. By that time, Mark Loomis was really, heavily into drugs; there was some scary stuff that was out there at that time period.” Aguilar says that Loomis had decided the group was over for him. “Mark wanted to form a new group, and I stayed on. We tried out two or three lead guitarists, but it just wasn’t working. And that’s when I just said, ‘You know what? Why are we doing this? We have terrible management. We’re not getting contracts to do any more albums. We’re really not booking any big tours or performance dates anymore. Why am I wasting my time with this?’”

But the Aguilar-era lineup’s recordings would be spread – albeit thinly – across two more albums. February 1968’s The Inner Mystique featured anonymous studio musicians on its entire first side. The album’s highlight, a reading of Annette Tucker and Nancie Mantz’s “I Ain’t No Miracle Worker,” features Aguilar’s vocals, even though he had been gone from the Watchband for several months by the time of its release. In stores three months later, One Step Beyond featured more tracks made by session musicians – including Moby Grape guitarist Jerry Miller (“Mark freaked out and they had to replace him with somebody”) – and yet more leftover tracks featuring Aguilar’s vocals.

“That was pulling stuff out of the vaults,” Aguilar says. “The label needed to fulfill one more album, but they had no more money for publicity or promotion. They really didn’t care; you might as well have had five dogs barking in the studio.”

Despite the dodgy circumstances surrounding their creation, original copies of the Watchband’s three sixties-era albums are highly prized, changing hands for hundreds of pounds. If Aguilar had a few spare copies in his garage, he could easily sell them and make a tidy profit.

“We could,” he agrees with a laugh. “But we hated those albums so damn much. Absolute truth: we took two cartons of albums and went skeet shooting off our back deck up the Santa Cruz Mountains. We shot at them with a double barrel 12-gauge shotgun.”