Today as my regular series of hundred-word reviews continues, I turn my attention toward the sounds of Americana. For my purposes, the term is even more loosey-goosey than the one used by the Americana Music Association: I include blues, rock, and singer/songwriter styles. And why not?

Various – In their Own Words, Vols. 1 and 2
If you’re interested in singer/songwriters – from most any musical idiom – then you’ll want to know about these discs. Host Vin Scelsa succinctly describes the format of the long-running concert series at the famed Bottom Line: “A bunch of songwriters, sittin’ around singing.” It’s that simple, but they talk about their songs, too. But oh so eclectic: where else could you find a collection that features (among others) Joey Ramone, Jimmy Webb, Shawn Colvin, Billy Bragg, Felix Cavaliere, John Cale, and Pete Seeger? Warm, friendly and intimate, these discs (perhaps more on the way?) are a fascinating, fulfilling listen. 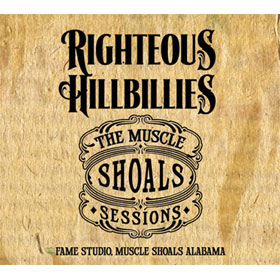 Righteous Hillbillies – The Muscle Shoals Sessions
This was one of a few discs pressed into my hand after I took part in a social networking panel at the recent AMA. And thank goodness for that; it’s not the kind of thing I’d otherwise stumble upon. Righteous Hillbillies rock hard, but with a definite c&w flavor. If you dig Jason & the Scorchers, you’ll fall over yourself when you hear this collection. Completely free of artifice, this no-bullshit foursome seems to effortlessly succeed where so many others have failed, and they capture the magic that is Fame Studio in these twelve songs. Find and buy this disc. 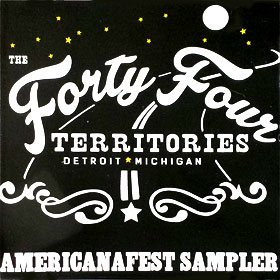 The 44 Territories – Americanafest Sampler
Honestly, I can’t recall if this disc was given to me by someone, or if it was in the “swag bag” I received as an AMA attendee. Either way, I’m glad to have gotten it. This Detroit-based act rose out of the ashes of another group, Desolation Angels. They describe their music as “roots in rockabilly, punk and good ole’ rock and roll…a true amalgamation of alt. country, southern rock, country, folk and garage rock was forged. Americana.” I’ll agree, and add that their Detroit sensibility shines through amidst the wonderful keening pedal steel, creamy harmonies and whatnot. Solid stuff. 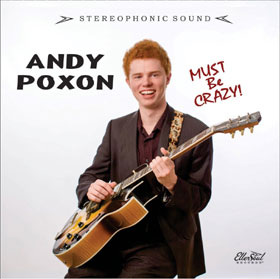 Andy Poxon – Must Be Crazy!
First, the bad news: the instrumental backing on this blues set is pretty standard stuff, solid and tight but not especially notable in any way. Happily, the good news more than offsets the relative facelessness of the backing band. Young singer and hotshot blues guitarist Andy Poxon wrote (or cowrote with producer/keyboardist Kevin McKendree) all thirteen cuts here. The tunes span jump blues, swing, and straight-ahead barroom blues. His sinewy lead lines are tasty, and he sings like he means it. He’s perhaps at his best when working in a Louis Prima idiom, but it’s all good. One to watch. 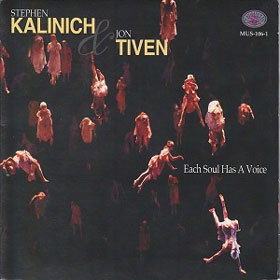 Stephen Kalinich / Jon Tiven – Each Soul Has a Voice
Kalinich is a songwriter whose name will be familiar to Beach Boys fans. Tiven’s a music legend; one of his first notable projects was Alex Chilton‘s Bach’s Bottom. The delightfully messy production aesthetic here recalls that set as well as George Harrison‘s All Things Must Pass, though it often rocks harder than either of those. There’s a Dylanesque flavor as well, thanks to Kalinich’s vivid songwriting; his lyrics are wordy, but in a good way. Enjoy the lyrics or submerge yourself into the deeply layered production. The album reveals insights on each successive spin; one can’t ask more than that.