Typically, I don’t make a point of attending “kickoff events” at the start of music festivals. My thinking is that they’re generally an opportunity to spotlight the event sponsors and so forth. That’s all well and good, but it’s not, strictly speaking, entertainment. But since I had gone to Moogfest 2014‘s opening event and enjoyed it, I figured, why not do the same in Knoxville. Plus, I was there, and no other music events were scheduled until later.

Lucky me. True, the event did include some speeches, but even those were worthwhile. Festival organizer Ashley Capps (he of AC Entertainment, the outfit behind Bonnaroo and many other high-profile festivals) gave a heartfelt speech that helped attendees understand the answers to two reasonable questions: Why Big Ears? And why Knoxville? 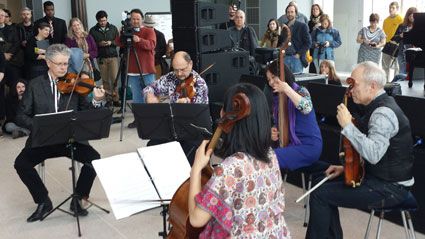 But the real highlights of the opening event were four musical performances. First off, Kronos Quartet and pipa virtuoso Wu Man staged a “popup concert.” Rather than make use of the stage, they set up their stools and music stands on the floor in front of it – all of six feet from where I had situated myself – and played a brief, unamplified set. It was sublime, and held the audience (a near-packed room at the Knoxville Museum of Art’s Ann and Steve Bailey Hall) spellbound.

After that, we were treated to onstage performances from Hildur Guðnadóttir (futuristic-looking cello and vocals treated by sonic effects and looping), a sight-impaired teenage pianist Tate Garcia (an exceedingly clever mashup of his own arrangement of works by Scott Joplin, George Harrison and Chopin), and finally vocalist Breyon Ewing. In less than an hour’s time, the gathered audience had the essence of Big Ears Festival laid out in front of them. Things were off to a superb start. 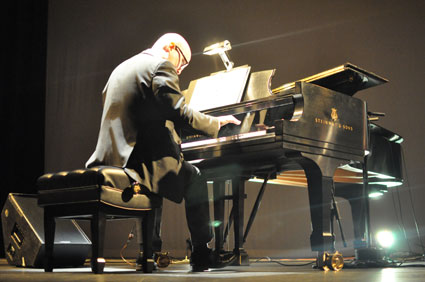 Igor Stravinsky‘s “The Rite of Spring” is one of those classical pieces that you know, even if you don’t know you know it. A reading of the work formed the centerpiece of the 1940 Walt Disney film Fantasia, and the onscreen visuals that accompanied it (dinosaurs, not Mickey Mouse) seared it into the memory of those who witnessed it. The work remains popular, and received perhaps its most innovative and outré reading by The Bad Plus on their 2014 album The Rite of Spring. The group (pianist Ethan Iverson, upright bassist Reid Anderson, and drummer Dave King) is nominally a jazz trio. But they’re jazz musicians playing classical music, and playing it with a rock (or progressive rock) level of power. 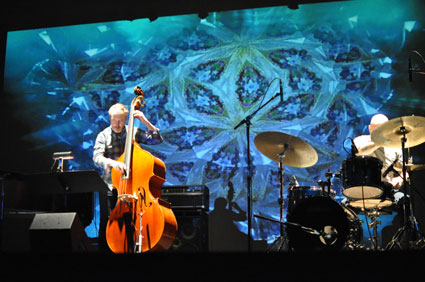 Whole sections of the Bad Plus’ take on Stravinsky’s work might be unrecognizable to those familiar with the original work, but the trio’s reinvention of the piece was thrilling; one couldn’t turn away. The interplay between the three was remarkable; even though they were working from sheet music (as did nearly every Big Ears performer I saw, yet another thing that makes this festival unlike any other I’ve witnessed), there was a jazz musician’s mentality of unspoken communication at work.

The trio followed up Stravinsky’s work with a set of their own original material; avant garde rarely gets as accessible as The Bad Plus. 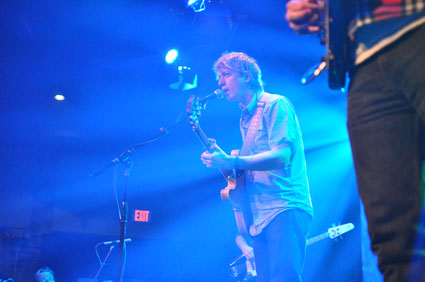 Later on Big Ears’ first night, I caught a set at The Square room featuring guitarist Steve Gunn and his band. Musically conventional – at least compared to most of the other acts on the bill – Gunn and band showcased the guitarist’s impressive fretwork. Gunn’s not a flashy guitarist, not at all. But his powerful music was the closest thing to rock music on the entire three-day schedule. It was also plenty loud, not that that’s a bad thing. (No doubt Swans were much louder, but having witnessed part of their punishing set at 2013’s Bonnaroo Festival, I made the decision to avoid a repeat.) 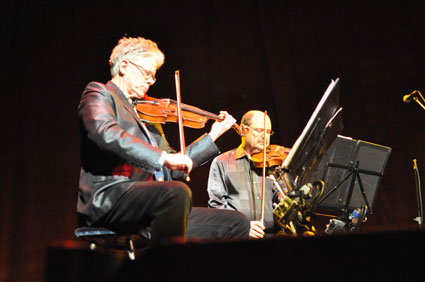 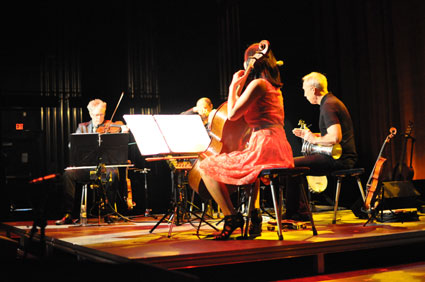 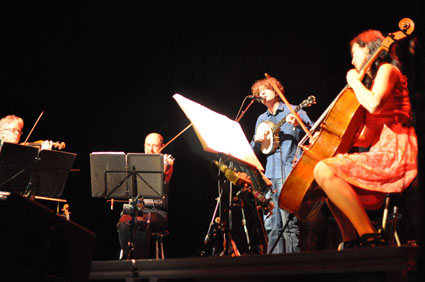 After a visit to a local used record store (something I try to do in every city I visit, because every town has its own used-record character), my Saturday list of performances began with Kronos Quartet onstage at the massive and beautiful Tennessee Theatre. Joined by Americana artist Sam Amidon on vocals and banjo, the Quartet applied their multigenre-spanning expertise to folk songs. At this point I thought to myself, “I don’t think I’ve ever taken in so much live classical instrumentation at one time before.” But it was lovely, and I even sat still for music that included banjo (one of my least-favorite instruments).