A Trip Back in Time with Trip Shakespeare (Part Three)

Bill Kopp: As we discussed earlier, you’re credited as co-producer on the new Trip Shakespeare reissues of Applehead Man and Are You Shakespearienced? I assume that the original albums were cut on analog equipment, right? 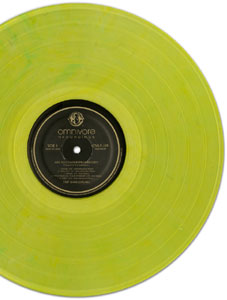 BK: So were the masters in good shape? Did you do anything along the lines of remastering or fiddling with the mixes for the reissues?

JM: I really left the actual masters to Omnivore. I approved the masters. Because they sounded just great to me. Immediately. It was like, “Oh, this is just so much better.” On Are You Shakespearienced? in particular.

In some cases, we didn’t have great stuff to work with. A lot of the source material has been lost to the sands of time. [laughs] The sands have washed over and buried a lot of the stuff. So while I think they had the original half-inch masters for Are You Shakespearienced?, we couldn’t find them for Applehead Man. So they might have had to work with a CD version, and then remaster it. But they improved both of them so much, in my opinion.

BK: When Trip Shakespeare ended, you went on to work with Dan Wilson in Semisonic, and then when that ended you teamed up with Matt Wilson for The Twilight Hours. From that I assume you’re all still on pretty good terms. I know you got together to play two songs onstage in December 2013. With the buzz created around these reissues, has there been any talk of a Trip Shakespeare reunion, even just a one-off?

JM: [grasps for the right words] You know, I would love to do it. And certainly a lot of friends are like, “Come on!” [laughs, and then turns more serious] It was…a complicated band. It’s not like you could just uncork it and pour out the magic. If we were going to do a full show, it would take a lot of effort and time to do that. And I think we’re all a bit leery of…crapping on our legacy. [laughs]

BK: I appreciate your candor.

JM: Well, you know, a lot of my mates tell me, “You guys were the tightest fuckin’ band I ever saw.” And we spent the time. So it’s not necessarily so easy to fall back into it. Think about what Elaine [Harris] does, for example. That stand-up drumming thing is not like falling off a log. Even to do the couple of tunes that we did at the [2013] Holiday gig, I chose the songs that I thought would be the least strain on her. And she killed it, of course. But she practiced for months to get herself back up to a level where she felt comfortable.

And so that’s what it would take. And I don’t know if anybody has the time. I would do it in a heartbeat. But I think it would have to be the right offer, or something like that.

BK: You make a good point. A big part of what made Trip Shakespeare loved by the people that loved them was the fact that so much care did go into the music. I love the Replacements, too, like you mentioned. But their aesthetic was, if they screwed up, that was part of the charm. That was never the Trip Shakespeare approach. It was finely honed. And if you got together for a ramshackle performance, it would be kind of crapping on the legacy, quite honestly: “What’s this!?”

JM: I think that’s true. So if we were to do it, we would do it with tender loving care. And if we didn’t do it, the reason would be because we didn’t have the time to pour the attention that we wanted to into it.

BK: Changing subjects a bit now, if you don’t mind. As I mentioned at the beginning, I absolutely loved Stereo Night by The Twilight Hours. I have the red vinyl. In fact on my blog I named it one of 2009’s best albums along with Pugwash (who are now also on Omnivore), along with albums by Peter Holsapple and Chris Stamey, a Big Star box set, and the like. What’s the current status of The Twilight Hours? 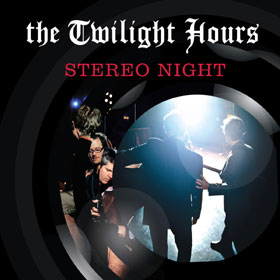 JM: It’s funny that you should ask, because I was just comping a vocal for a record that we’re all but done with…

BK: I am so happy to hear that.

JM: We have about three vocals left to do. And then it’s going to be mixed, and – by God – it’s gonna be out this year! It’s definitely going to happen.

It’s been such a journey. The thing about it is, it’s hard to have it be anything less than exactly what you want it to be. Because there’s no urgency to sort of just kick it out the door. Because what’s going to happen? No one knows. Very little, probably. There’s no momentum that we have to pursue, so we just have to satisfy ourselves, essentially, and get it out.

I should mention – no big secret – that Dan actually sang on a couple of tracks. I almost feel like we should get Elaine to play on it a little bit, and then it would almost be like a little bit of a Trip Shakespeare reunion in some sense.

BK: As much as I loved Semisonic, when I first heard Twilight Hours, I thought, “This is more of a straight line from what Trip Shakespeare did.” It’s different, certainly, but it had more in common with Trip Shakespeare than Semisonic did. To my ears, anyway.

JM: For sure. That’s Matt. Dan and Matt, they’re brothers, and their voices sound very similar sometimes, but their artistic sensibilities are quite different. Dramatically different, really. 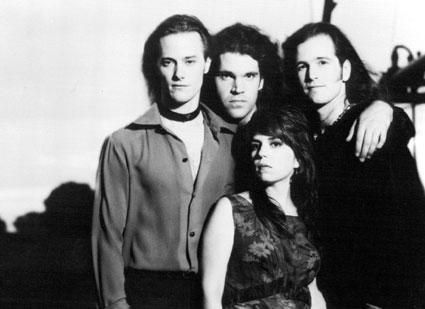 For me, when we started up Semisonic, that was really refreshing. Because as great a time as we all had doing Trip Shakespeare, by the time that we kind of augered in [laughs] and were like a burning heap on the runway, I was done with it. All the baroque moves and the attention to detail, I – and all of us in the band, even Matt – had become tired of it. It was just too much.

Have you ever heard Matt’s [1998 solo] record Burnt, White and Blue?

JM: Oh, you must get that. If you’re a fan of Matt’s music – and it sounds like you most definitely are – you should find it. It’s a truly great record. He made that right around the time that Dan and I were making Feeling Strangely Fine, which has “Closing Time” on it.

And in a sense, Trip Shakespeare are back. The new Omnivore Recordings reissues of their first two albums, Applehead Man and Are You Shakesperienced? are out now, packed with previously unreleased bonus tracks and featuring excellent liner notes by Jon Niccum, including numerous quotes from John Munson, Elaine Harris, Matt Wilson and Dan Wilson.