A Trip Back in Time with Trip Shakespeare (Part Two)

Bill Kopp: When Trip Shakespeare cut Applehead Man, you were originally a trio. By the time of the second album, Matt Wilson‘s brother Dan had joined. Two brothers. How did that change the dynamics of the band?

John Munson: Well, it did change it. I was sheepishly telling somebody the other day that when Dan joined the band, I cried. Literally. It broke my heart. I was quite content to have it be a trio, and I suspected that with Dan coming in, it would change the dynamic in way that would lock me out. 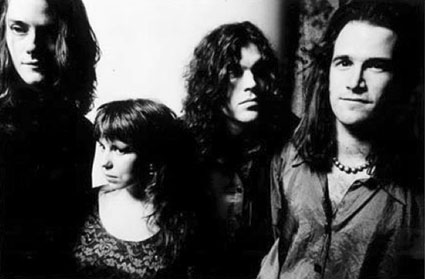 And that did not turn out to be the case. What it really did was put the whole vocal concept way more forward. I was recently listening to the Applehead Man remaster, and there’s a lot of cool vocal stuff going on there. But it’s almost all Matt. After Applehead Man came out, and we started to do more gigs, Matt’s voice revealed itself to be a pretty fragile instrument. And as we were talking with agents about doing more shows, one guy said, “Well…Dan can sing really well. And John can sing. Why don’t you figure out a way that Matt can sing a little bit less? Maybe that will make it easier on you.” Matt really took that to heart, and that’s when the larger vocal concept moved forward. That’s when the vocal arrangements got really dense and [laughs] baroque.

Matt would write songs and then say, “I think this is one for you to sing.” So it wasn’t necessarily even songs that I was writing that I’d sing; Matt would just say, “This one’s for you, John. You sing it.” Also, another thing that would sometimes happen is that Matt would write a song, and then everyone would try it, to see whose voice it worked best with.

BK: A band is dealing from a position of strength when they have multiple lead singers.

JM: It’s true. But on the other hand, while from a musical point of view it makes good sense, it makes it more confusing for the audience: “Who’s really in charge?” It’s kind of important to audiences to kind of know who’s the sort of heroic, artistic auteur. I think audiences want that on some level. So sometimes when I think about what went wrong, I sometimes wonder if that was a factor. For a certain kind of fan, it was something they really attached to, gravitated toward. But I think for most, for more general audiences, it made it harder to understand the band.

BK: Good point, I guess. But…it worked for the Beatles.

JM: [laughs] I guess that’s true! Lest we forget.

BK: We’ve already begun to touch on this point. I’m not the first to comment on the seemingly magical qualities of sibling vocalists in a band. The Everly Brothers, The Kinks, hell, even Oasis. So that was something you picked up on once Dan joined… 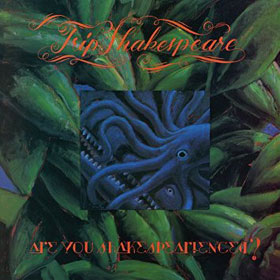 JM: Most definitely. There’s something that happens there; maybe it’s the shape of the voice box. It’s magical, or just genetic. And beyond understanding. You can’t coach it; it just happens.

BK: Both of the new reissues – Applehead Man and Are You Shakespearienced? – include lots of bonus material in the form of previously unreleased tracks. When you heard these bonus cuts again recently, did you remember them? Or had they all faded away in the mists of memory?

JM: As a matter of fact, I basically oversaw the gleanings and cullings and all that. So I was quite familiar with those tracks by the time these reissues came out. To me, in every single case with any and all of that stuff, there was a good reason why it didn’t see the light of day originally. But also, I believe that in every case there’s a reason why it might be interesting to the more serous fan. There are some gems in there.

I had kind of gone through…hmm…I want to say maybe as long as fifteen years ago…and gathered up a bunch of outtake stuff and said, “Look. We’ve got all this stuff. There’s an interest. People would enjoy it. Let’s put it out.” I presented it to the band, and there was [pauses] a real reluctance to go down that road at that time. And so I put it away, sat on it. And then when Cheryl [Pawelski] called, she asked, “Do you have any outtake-type material?” And I said, “Oh, yes I do.” And enough time had gone by so that – even reluctantly – people were willing to let it come out. 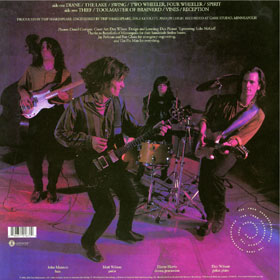 There are still a few things hanging around, that we’re saving for the next record if that actually happens. And if it doesn’t…maybe I’ll put that stuff up online or something…

BK: …Which leads very nicely into my next question. I know you did one EP after Lulu. I’ve never heard Volt but I’m sure I’d like hearing Trip Shakespeare do covers. Are there plans for Omnivore Recordings to eventually reissue Across the Universe and Lulu, and if so, do you think the songs from Volt will end up as bonus tracks?

JM: Most definitely Across the Universe and Lulu. Or…at least we’re discussing it. I think the big issue for Cheryl and for Brad [Rosenberger, both of Omnivore] is, does it make financial sense? I don’t have any idea if this [Trip Shakespeare reissue program] is working out the way that they had hoped, or better than they had hoped, or not as well. I really don’t know. I do know that the initial reissues were really nicely received here in the Twin Cities. But beyond that I don’t really have any concept of how it’s done.

That was the thing about the band: it was well-loved in the Midwest, and as you got farther and farther from there, it [dwindled]. We had an audience in New York and Boston; it became a thing that was only in bigger towns. It kind of petered out as we got toward the coast, a little bit.

BK: Well, yeah. I grew up in Atlanta, and I bought both of the A&M albums when they came out, on vinyl. But I didn’t know anyone else who did. [laughs]

JM: Not very many people did. We had very good friends down at Wax n’ Facts [record store]. I think we played in Little Five Points here and there. We had a good friend named Jim Barber, who was a big mover and shaker down that way. Atlanta was actually one of our little strongholds. But the records did best in the upper Midwest, for sure.