A Trip Back in Time with Trip Shakespeare (Part One)

My interview with John Munson, bassist with late 1980s critical darlings Trip Shakespeare, began with him noting that my name sounded familiar to him: “How might I have heard your name before?” he asked me. I told him that it may well have been in connection with my enthusiastic 2009 review of an album that he and Matt Wilson (as The Twilight Hours) released, a record called Stereo Night. (I’d go on to name Stereo Night one of 2009’s best albums, and I stand by that assertion more than five years later.)

We would discuss that subject more later in the interview, but Munson agreed that that was probably where he had heard/seen my name: “Whatever reviews that record ever got, I read them with great interest,” he laughed. “Because there weren’t that many of them!” He then made a keen observation. “Every musician becomes accustomed to the fact that at least a goodly portion of their total output will be ignored.” He laughed when he said that, too, but his comment serves as good an introduction as any into the main subject of our interview. 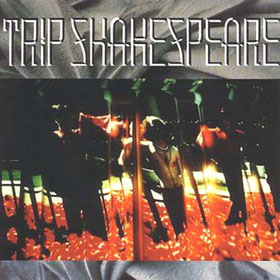 In 1986, Minneapolis-based Trip Shakespeare released Applehead Man, their first album, on tiny local label Gark records. At the time the group was a trio: founder and guitarist Matt Wilson, bassist John Munson, and stand-up drummer Elaine Harris. The album was a bit out of step with the prevailing “Minneapolis sound” (whatever that was) but it was an excellent debut. The group followed that disc up two years later with Are You Shakespearienced? again on Gark. By that point they had added a second guitarist, Dan Wilson, who also happened to be Matt’s brother.

On the strength of those two albums and their live performances, Trip Shakespeare finally got noticed, and by 1989 the group had signed with A&M Records. They’d go on to release two major-label albums and an EP before breaking up around 1992. After the group ended, two members (Munson and Dan Wilson) went on to form Semisonic, a more musically straightforward band that scored major hits, most notably the single “Closing Time.” After that band ended, Munson teamed again with Matt Wilson for Twilight Hours. Dan Wilson then embarked on a successful solo career.

But let’s not get ahead of ourselves: those first two Trip Shakespeare albums have now been reissued by Omnivore Recordings, each appended with bonus tracks that nearly double the length of each disc. The former members of the band remain on good terms (as you’ll discover reading our conversation), and they cooperated on this new reissue. In fact, John Munson is credited (along with Omnivore’s Grammy-winning Cheryl Pawelski) as co-producer of the reissues.

As a longtime fan of Trip Shakespeare and the members’ subsequent musical activities, I jumped at the opportunity to chat with John Munson. Picking up again just after his observation about toiling in obscurity, here’s our conversation. – bk

Bill Kopp: For me, one of the most appealing hallmarks of Trip Shakespeare’s sound has been your bass. Not only what you play, but how. It sounds like a lot of what you did was played on a fretless. 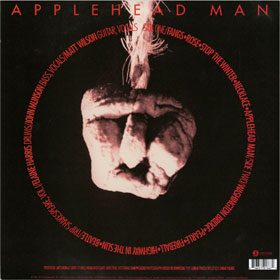 John Munson: That kind of started to happen a little after the first two records. I did play some fretless on Are You Shakesperienced? But none on Applehead Man. I had started to learn it when the band started, but I wasn’t confident enough with it to subject people to my learning curve. Later, I got bolder about making mistakes.

BK: The only other rock player of note I can think of who played a good bit of fretless was Colin Moulding of XTC. Are there any bass players you’d name as influential on your style?

JM: I grew up [listening to Paul] McCartney. My brother had all those records; he would get them as soon as they came out. And I really love Colin Moulding, too, as a matter of fact. And John Paul Jones was another guy who used some fretless bass here and there. I’m really an admirer of his; he’s a really funky, groovy bass player. People don’t always think of him that way, but he’s got a lot going on.

It’s the melodious players that I love the most. And certainly if you’re playing fretless, you know that Jaco Pastorius is a guy that always comes to mind. I could never be him, never play “Donna Lee.” But I love his sound; it was so very expressive.

BK: And now you can say that you have music out on the same label as he does…

JM: Is that right?

JM: Oh, I’m gonna have to pester Cheryl for that! [laughs] 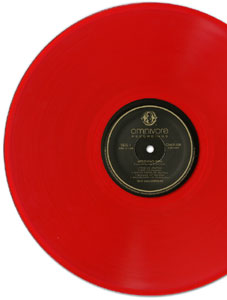 BK: To me, a strong sense of melody has always been at the heart of Trip Shakespeare’s music. The band was never “twee” so to speak, but neither was it as funky as Prince or as hard-edged as Hüsker Dü. At the time – in the mid 1980s – how did you see yourselves fitting into the music scene in Minneapolis?

JM: You know, I think that we never did fit in, to be perfectly honest. At that time, I remember that people would talk about the “Minneapolis sound.” And if you were actually in Minneapolis, it never really made all that much sense. Because there was so much going on, and it was all really different. I mean, how do you square Hüsker Dü with Prince? It doesn’t add up. And both artists would be characterized as the Minneapolis sound. Not to mention The Replacements and the nascent version of Soul Asylum, Loud Fast Rules. There was a lot of different music going on, and to some extent Trip Shakespeare stood a little bit outside of that mainstream of rockin’ Minneapolis. It was a little bit…it’s hard to characterize yourself, but it was a little bit more…melodious and worked-over.

There was a real attitude, certainly among The Replacements, that they were tossing it off. Like, “Aw, it’s something we rolled out of bed and made into a record.” There were never any illusions for us, other than that we wanted to work really hard to make the music the best that we possibly could. And so some people, I think, thought that we worked it too hard, that to a certain strain of Minneapolis rockers we were kind of embarrassing: “Don’t show that you want it.”

BK: While composition of some of the songs on the albums are credited to the whole band, most are by Matt Wilson and/or his brother Dan Wilson. But on every Trip Shakespeare album, and later, on every Semisonic album, you have at least one composition credit or co-credit. To what extent were you involved in things like vocal arrangement, musical arrangement and so forth?

JM: I think everyone in the band was pretty darn involved in developing the songs. A band needs a kind of engine, an urgent aesthetic point of view. And for Trip Shakespeare, that was definitely Matt. It was Matt’s vision from the get-go. He had a concept for what it was that he wanted to accomplish. But he was also the foremost advocate for a democratic band view; he wanted the whole band to be involved in the band. And so everybody really was involved, and we worked really hard to make vocal arrangements and things like that that really worked for all of us.

And he’s also very encouraging in terms of writing. Both Dan and Matt were always encouraging me to put my ideas forward, which is great.