Here’s another entry in my short-review series; these three are instrumental albums. 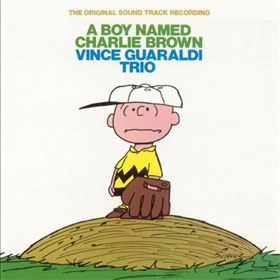 Vince Guaraldi Trio – A Boy Named Charlie Brown
An entire generation grew up with the music of Vince Guaraldi, becoming familiar with he melodic brand of music even if they (we) might have claimed not to like jazz. As the background music of the enduring and popular Peanuts cartoons, Guaraldi’s piano-based tunes reinforced the onscreen emotional content of the animated characters and action. The most popular entry in the series remains A Charlie Brown Christmas, and Fantasy/Concord reissued the accompanying soundtrack several times, most recently in a cleverly designed die-cut package.

But an earlier program was made, and it too had a soundtrack featuring Guaraldi’s trio (the pianist plus drummer Colin Bailey and bassist Monty Budwig). But for a host of complicated reasons, A Boy Named Charlie Brown never actually aired on television. Yet in an unusual move, Fantasy Records (Guaralidi’s label at the time) did release its soundtrack, originally titled Jazz Impressions of a Boy Named Charlie Brown. Subsequent pressings played down the connection to the unaired program and shortened the album’s title.

The music is just how anyone who’s ever heard a note of “Linus and Lucy” remembers it: emotionally expressive without the use of lyrics, varied in tone and style to fit the demands of the program’s scenes. The trio’s music bears close listening, but is effective as (dare I say it) background music as well. The 2014 reissue appends an unreleased alternate take of “Baseball Theme” and Guaraldi’s reading of the standard “Fly Me to the Moon,” though the latter has noting to do with Peanuts. The original edit of the accompanying animated film is lost – presumably forever – but the music remains, and it’s delightful as ever. (A limited edition orange vinyl pressing – with the original Jazz Impressions artwork – is also available.) 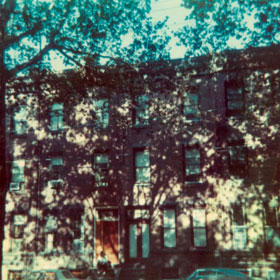 Express Rising – Express Rising
Music is filled with the work of outsider artists. Decidedly and determinedly avoiding the mainstream, those following their singular and idiosyncratic paths create and release music wholly free of commercial considerations. Most of these artists are, by definition, underground, neither seeking nor finding mass acceptance. Some of these artists are quite prolific: pop auteur R. Stevie Moore has self-released literally hundred of albums. Others turn out music at a much more measured pace.

One example of the latter is Express Rising. The inscrutable Dante Carfagna is Express Rising, but nobody can tell you much beyond that. What is known is that Carfagna’s earlier release featured breakbeats and sampling, two things you’ll find very little of on Express Rising. Moody, hypnotic, gauzy, impressionistic, melancholy: those are just a few of the adjectives that come to mind while listening to this album of instrumental (with occasional wordless vocalizing) music. Real instruments feature prominently here: Wurlitzer electric piano, acoustic guitar and gentle tapping of a drum kit.

But for something that at first glance seems forbiddingly outré, Express Rising is exceedingly tuneful and accessible. More textured and nuanced than new age, gentler than rock, the album’s eleven tracks are fully-thought-out musical excursion, modest in their approach but memorable. By design, the package provides little information, but the press kit offered this suitably oblique nugget: “Carfagna had this to say about himself and about Express Rising: ‘My last record came out ten years ago. Much has changed and much has not.’” The modest and assuming yet lovely Express Rising is well worth seeking out. 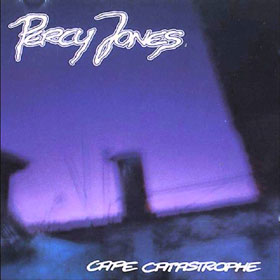 After Brand X ended, the Welsh bassist relocated to New York City, where he would eventually cut a solo album called Cape Catastrophe. The album is a decidedly DIY effort, laid down in 1988-89 in a Harlem studio using drum machines, Casio synthesizers,digital delays and loads of Jones’ signature bass.

On the ten-minute-plus title track, clattering drum beats collide with Jones’ kinetic bass figures; “found” spoken word bits float in and out. The overall effect is a but like slightly funkier, equally arty My Life in the Bush of Ghosts. Jones’ fretless work on “Slick” is expressive and entrancing, and overall the album sounds far less “dated” than one might expect. “Hex” feels like what The Police might have produced had they all given in to their suppressed prog-rock backgrounds. And the lengthy “Barrio” (which fills more than a third of Cape Catastrophe‘s run time) feels like an inspired, exploratory in-studio live jam, belying its one-guy-with-overdubs origin.