Bill Kopp: I ought to know the answer to this, but did any of your solo singles or the In Action album make a dent on the charts?

Keith Allison: They didn’t do much of anything. “Action Action” was what you’d call a turntable hit. The show [Where the Action Is] was on national television five days a week. So it got a lot of coverage. And I went out and did a tour right when it first came out, at the end of the summer of 1966. Mitch Ryder and the Detroit Wheels and myself co-headlined a tour on the east coast. Lou Christie was on it, The Critters, Tony and the Tigers…several other acts. Lou was pretty popular at the time, and the Detroit Wheels had those two big hits in a row: “Jenny Take a Ride” and “Devil with a Blue Dress.”

Oh…and The Trashmen! Of “Surfin’ Bird” fame. They were the backup band. They backed me up. They had a trash can onstage, came out in overalls. I’d come onstage in my little stage outfit, and there’d be these garbage guys behind me! [laughs] The first day of the tour, we played Nassau Coliseum. 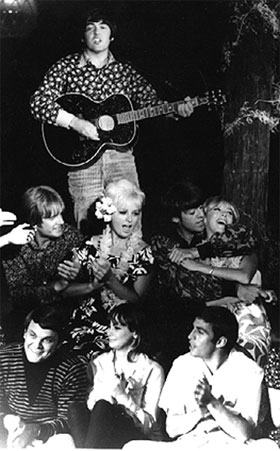 BK: The addition of bonus tracks on this new Real Gone Music collection (“Glitter and Gold,” “I Ain’t Blamin’ You,” “Look at Me,” “Who Do You Love,” “I Don’t Want Nobody But You,” “Birds of a Feather,” “To Know Her Is To Love Her,” “Johnny B. Goode/Whole Lotta Shakin’ Goin’ On,” “Toad Jam Blues,” “Everybody,” and “Wednesday’s Child”) more than double the album’s run time. What’s the story behind these? Are some of them previously unreleased? And if so, when were they recorded in relation to the In Action tracks? And what was their original intended use?

KA: A couple of ’em were unreleased. One of them has the wrong title [on the new CD]. It should be called “Shakin’ Johnny.” I told Mark [Lindsay], “ I want to cut two songs together like Mitch Ryder does. I love that stuff, and I want something really rockin’.” So we came up with “Johnny B. Goode” and “Whole Lotta Shakin’ Goin’ On” together. So we went and cut it; it was going to be my next single on Columbia. We were on the road; if I’m not mistaken, we were flying from Boston to Chicago. We got on the plane – Freddy [Weller] was sitting next to me – and Mark came and said to Freddy, “Can you change seats with me? I need to talk to Keith.” He had a long look on his face, and I went, “Uh-oh.”

He said, “I’m sorry. I’ve got some bad news. Before I left the hotel, I was talking to Columbia in New York. They’re not going to release your single.” I said, “What!?” I really liked the thing, and I thought it had a shot at the time. But they had just signed this kid from Texas called Johnny Winter, and he recorded “Johnny B. Goode.” And since they had paid $700,000 for him, Clive [Davis] wanted to get some of his money back. So I said, “Sonofabitch!” [laughs]

That kind of thing happened to me several times. I cut “To Know Her is To Love Her,” and was going to release it. Bobby Vinton cuts it and releases it, and he’s coming off of a number one record, “I Love How You Love Me.” So what can you do? I said, “Well, at least I know I can pick a hit song! It’s just that someone gets them out before I do.” I was so pissed…not at Bobby Vinton, but at the situation. And with Johnny Winter, the same thing. I mean, I like Johnny Winter. I’m really good friends with his brother, Edgar Winter. We go to dinner together; he doesn’t live too far from me.

But it had nothing to do with Johnny; it was a corporate thing, y’know? And I understand it: they did pay a lot of money for Johnny Winter.

BK: It’s almost as if The Raiders‘ curse rubbed off on you. They, of course, cut “Louie, Louie” and “(I’m Not Your) Steppin’ Stone.”

KA: But they just did “Steppin’ Stone” as an album cut…

And “Louie, Louie” they cut first, and it was number one in Vancouver, Portland, San Francisco, and Honolulu. Years ago, when the radio stations in those cities did an oldies weekend, they played The Raiders’ version.

Roger Hart, their manager, took it in to Columbia. They were the very first rock act ever signed to Columbia. In those days, Columbia had Doris Day, Johnny Mathis, The Ray Conniff Singers. They didn’t know what the hell to do [with The Raiders]; the sales people, they hated that stuff. They lost the record! They could have had the hit! They’d say, “I’m not taking that stuff to the stations.” It wasn’t until The Raiders played “Steppin’ Out” at the record convention in Miami. They played for all the Columbia people, and no one knew how huge they were; kids had all watched Where the Action Is all summer long. They turned ’em loose in that place, and the kids all started screaming and rushing the stage. After that, well hell, the salesmen and promotion people all went, “Holy shit!” 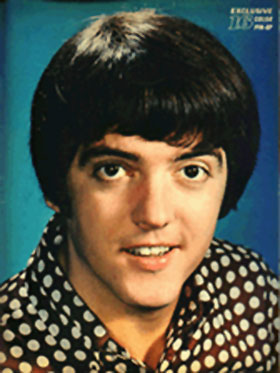 BK: A couple cuts (“Who Do You Love” b/w “Don’t Want Nobody But You”) were released on the Amy label in 1968. I am guessing that was right before you officially joined The Raiders, though I believe that you’ve told me before that you were playing on records during that time anyway. So why a single release on a smallish label in 1968?

KA: Amy was a subsidiary of Bell. That one was cut in Memphis; Chips Moman produced it. I hadn’t joined The Raiders yet; that was in the first part of March, 1968. Our road manager at the time was Jerry Williams, and he was from there. The Raiders had just cut Goin’ to Memphis. The r&b stuff. They used American Studios, and they used that whole band with The Memphis Horns.

BK: Except for the single off that LP, I don’t think there are any Raiders on the album, except Mark.

KA: No. They went there, though, and hung out. In fact I stayed in the same hotel.

So I was there, and Chips said, “Scoot him over.” I had left Columbia, and I had been working on a Sonny [Bono] album, a Cher album, and a Sonny and Cher album all in one year, in ’67, right after Where the Action Is went off the air. Sonny said, “You need to get off that label; they aren’t doing anything for you. I’ll get you on Atlantic.”

So [laughs] I broke my contract with Columbia, and I cut some stuff at Gold Star Studios with Sonny producing. And I listened back to those tapes and thought, “He doesn’t understand me, either! He doesn’t get it at all.” It was bizarre sounding. It never came out. It’s in the can somewhere, among the Sonny and Cher files.

So nothing happened with that, and I had left Columbia. So I was free. Then this came up. Chips said, “I think I can cut a hit with Keith.” So I spent a week in Memphis. The tunes he’d got, he had their staff writers bring. He brought ’em in and said, “Okay, play Keith what you’ve got.” They had this song called “My Little Red Book,” and I thought, “No, that doesn’t suit me, I don’t think.” And that’s about all they had. I went, “Oh, god!”

So I went to the record store and started looking through the old records. And I came up with “Who Do You Love.” And I had written “Don’t Want Nobody But You,” that nobody had heard. So we cut those.

Then the next week after I had left town, after we had cut this stuff, B.J. Thomas goes in there and cuts “Hooked on a Feeling.” And The Boxtops cut “Cry Like a Baby.” So it was luck of the draw, what the writers had the week you came in. If I had come in a week later, they would have had those, and I would have said, “That great! I’ll take that!”

So after being in Memphis – it was cold as hell, must have snowed two feet while I was there – I flew to Detroit and started a tour with The Raiders. We played Cobo Hall, I think, and then started a 35-date early Spring tour. Then I went with Boyce and Hart to do the Seattle Teen Fair. While I was there, I got a call from Dick Clark Productions; they wanted me to come in immediately to co-host a show with Paul [Revere] and Mark [Lindsay] called It’s Happening.