Here’s the final — for now — of four installments in my occasional series of capsule reviews; you’ll find rock, blue-eyed soul, fusion and breezy SoCal pop. I had a huge stack of CDs deserving of review, but time doesn’t allow for full-length reviews of everything, and these were beginning to gather dust. They deserve better. My self-imposed limit for this particular exercise is 150 words on each album. 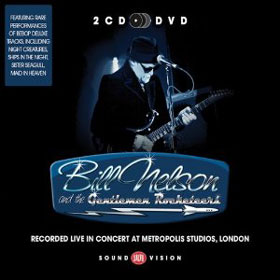 Bill Nelson and the Gentlemen Rocketeers – Recorded Live in Concert at the Metropolis Studios, London
While the 1960s (defined here as February 1964 to December 1969) are my favorite era for pop music, the 1970s were pretty great, too. And as rock’n’roll became rock, all manner of great bands came out of the woodwork. An untold number were lost in the shuffle. I have about 6000 records, yet many great 70s acts that I like (or might like) haven’t found their way onto my shelves yet. One of these was Be-Bop Deluxe. I used to see their LPs in the shops, but never got ’round to checking them out. Well, they’re long gone now, but their spirit lives on in leader/guitarist Bill Nelson. His latest (a 2CD+DVD set) shows him in fine form, serving up a sort of 70s-styled alternarock. Musically and vocally there’s a passing similarity to Roxy Music, but Nelson cranks out more gnarly textures from his guitar than is Phil Manzanera‘s wont. 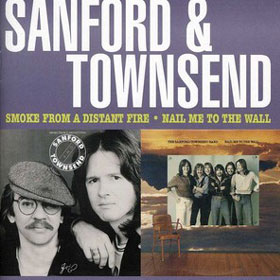 Sanford & Townsend – Smoke From a Distant Fire / Nail Me to the Wall
I would never tell you that the 1970s were only about great music. I respect you far too much for that. Plus, you’d never buy such a line of utter bullshit. But it remains true that even when the music wasn’t exactly immortal, it often served its purpose as in-the-moment entertainment. Such is the case with the breezy, slightly soulful Hall & Oates soundalikes Sanford & Townsend. If you liked The Doobie Brothers, Chicago and other FM radio fodder, chances are good you liked “Smoke From a Distant Fire.” Regardless, you sure-as-hell heard it, didn’t you? Real Gone has paired the album of that same with the group’s third album, Nail Me to the Wall (the second LP gets only a perfunctory mention in the liner notes). If you like the hit, you’ll like the eighteen other tunes of slightly lesser merit. Gene Sculatti‘s liner notes provide helpful context. 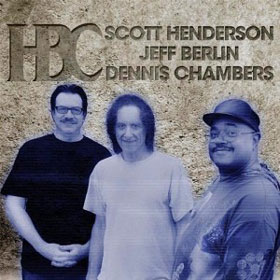 Scott Henderson, Jeff Berlin and Dennis Chambers – HBC
As a well known and widely admired jazz fusion bassist, Jeff Berlin has lent his talents to many recordings. Both under his own name (with ten albums to his credit) and as a sideman to some of the biggest and best names in progressive/fusion (Bill Bruford, Allan Holdsworth, and even briefly as the unbilled replacement for the also-unbilled Tony Levin in almost-Yes aggregation Anderson, Bruford, Wakeman & Howe), Berlin lends his considerable talents to the music, and is clearly not overly concerned with being in the spotlight. That explains why he’s the “B” in HBC, an album featuring him plus Scott Henderson (guitar) and Dennis Chambers (drums). This is fusion jazz with shredding guitar work and plenty of Berlin’s deft, fleet-fingered Jaco Pastorius-styled bass (according to Wikipedia, Berlin dislikes the comparison). You’ll find few vocals to trouble your soul on HBC, just plenty of taut, expert and thrilling instro-fusion. 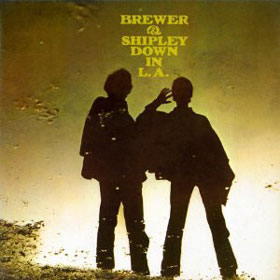 Brewer & Shipley – Down in L.A.
Real Gone Music, Numero Group and Omnivore aren’t the only labels run by crate-diggers intent on unearthing forgotten music from our collective past. In the UK there’s Now Sounds. One of their recent releases is a reissue of the 1968 debut from Brewer & Shipley. The songwriting duo who’d later have a hit with “One Toke Over the Line” (a song so ubiquitous it got covered on The Lawrence Welk Show; see YouTube) cut an album for A&M called Down in L.A. To say that the album sank in the marketplace of its time would be understatement. But the folky, country-flavored songs and arrangements (shades of The Association and Buffalo Springfield) deserved a better fate. Support by Jim Messina (bass) and drummers Hal Blaine and Jim Gordon guaranteed that the album would be tasty, but the songwriting’s pretty fine too. A helluva lot better than “One Toke,” too.