Here’s still another installment in my occasional series of capsule reviews; today I cover rock, prog, industrial/EDM and…you decide. I had a huge stack of CDs deserving of review, but time doesn’t allow for full-length reviews of everything, and these were beginning to gather dust. They deserve better. My self-imposed limit for this particular exercise is 150 words on each album. 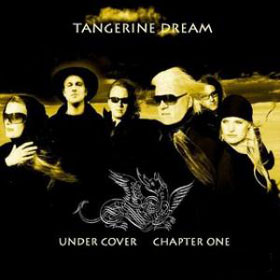 Tangerine Dream – Under Cover
When you think of Tangerine Dream, chances are good that the sort of music which comes to mind is a sort of analog synthesizer-based style, one that at worst straddles the gap between ambient and prog. Sort of a Pink Floyd meets Brian Eno. And while the German group has never been afraid to branch out – some of their earliest material used electric guitar, and they’ve employed vocals before – at first glance (and listen!), their approach on Under Cover seems odd. The concept here is to take the works of other artists and create new arrangements filtered through the distinctive Tangerine Dream sensibility. As lofty a goal as that might seem, in practice all it really means is cutting an album of cover tunes. What exactly David Bowie‘s “Heroes” has to do with – gasp! – The Eagles‘ “Hotel California,” I don’t even want to know. 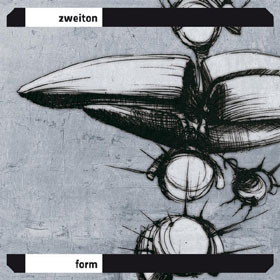 Zweiton – Form
Touch guitar is an instrument used primarily in progressive rock and related avant-garde settings; you won’t hear it on the latest Britney Spears comeback. A mightily expressive instrument that’s tapped rather than strummed (think Eddie Van Halen but add an exponential amount of creativity and take away the booze), it allows for the creation of some music that sounds like the work of several guitarists at once. The touch guitar isn’t far-removed from the Chapman Stick in that way. The instrumental album that is Form combines a variety of influences – prog-metal, dance music and more – to create something that is somehow more accessible and musical than any of those styles. Form is in turns graceful, aggressive, rocking and beautifully lyrical; sometimes it’s all those at once. With its polyrhythms and knotty guitar lines, “Treibwerk” recalls Discipline-era King Crimson. Recommended for adventurous fans who still dig a beat. 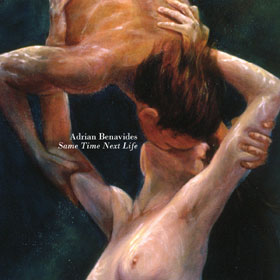 Adrian Benavides – Same Time, Next Life
The one-sheet for this release describes the record thusly: “…sounds and feels like a contemporary heavy version of Sylvian/Fripp‘s The First Day. There certainly is a Crimson connection here: Markus Reuter and Pat Mastelotto join Adrian Benavides for this swirling maelstrom of sound. This music leans in a very aggressive direction – think Nine Inch Nails but with a much more prog spin – appropriate with its (not strictly autobiographical but inspired by actual and related personal experience) subject matter, the “story of a grieving father from shock to acceptance after the death of his daughter.” Not a fun subject to be sure, but the music does convey a wide range of emotions. Whether you’re in the mood for such a trip, however, is up to you. My tastes run toward the more contemplative tracks (“Reflection II,” “Reflection III”) but the whole trip is one worth making. 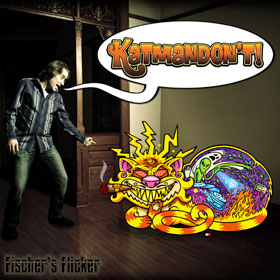 Fischer’s Flicker – Katmandon’t!
I get tons of CDs in the mail. And don’t get me wrong: I’m grateful that people (recording artists, publicists, label reps) think enough of my work to bother with the postage. Some of these are unsolicited, and some fall into the “well okay, you can send it, but no promises” category. So when they show up, they go in a big pile. I do give them all a (partial or more) listen, but I’ll admit that cover art plays a role in developing preconceptions. This one has a goofy cover image, and when it comes to self-released works, that often is Strike One. Luckily I got past that and listened to Katmandon’t!, which really sounds like a contemporary version of The Band, with a bit of Leon Russell and maybe Wilco thrown in. Scott Fischer has an endearingly Rick Danko styled voice, and a strong sense of melody.