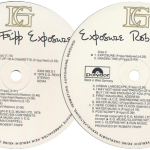 Continued from Part One … Fans of King Crimson’s Red receive a wonderful treat with “Breathless.” Though the specific players on each track aren’t noted, the song – very much […]
Read More 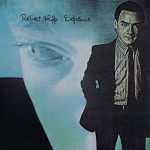 Guitarist Robert Fripp has long been one of music’s most intriguing figures. Largely operating outside the pop mainstream (and, when he can, outside the traditional machinery of the music business […]
Read More
From their inception in 1969, King Crimson has always been about creating outside-the-box music that challenges (or simply ignores) convention. By the middle of the 1970s, the band had created […]
Read More
Since my discovery of their music, The Roches have long been a sentimental favorite for me. Having grown up on a steady diet of pop and rock, I didn’t take […]
Read More