There’s a never-ending stream of new music, so it’s time once again for some hundred-worders to work off some of my backlog. As always, these all deserve full reviews, but with limited time and resources, 100 words will have to do. I’ll cut to the chase. Today’s five all feature guitarists, but the styles vary widely. 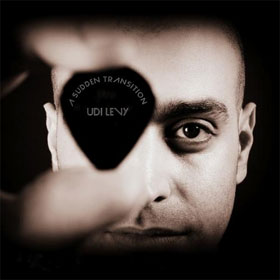 Udi Levy – A Sudden Transition
A Sudden Transition is melody-forward power trio excursion in the manner of such shredders as Joe Satriani and Eric Johnson. Equal parts technical finesse and dogged determination to keep the melodic quotient high result in a winning album from guitarist Levy. Here he’s joined only by bass and drum, and that’s enough. Occasionally he veers a bit too close to his heroes – the tasty original “The Fast Lane” sounds like an Satriani tune (circa Surfing With the Alien) you just haven’t heard before – but Levy’s chops are undeniable. Fans of Jeff Beck and Steve Vai will enjoy this. 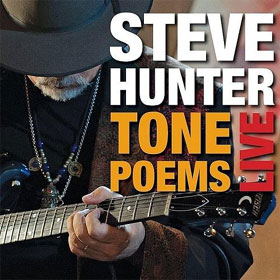 Steve Hunter – Tone Poems Live
For me, Steve Hunter will always be treasured as the guy who – with Dick Wagner – gave us the transcendent live “Intro” to Lou Reed‘s Rock’n’Roll Animal live album. These days he’s in more restrained blues rocker mode. Hunter is backed here by some of the best in the business, including Tony Levin. The album was cut live in the studio, and filmed for a DVD (available separately). Nine sturdy originals sit nicely aside covers of Peter Gabriel (“Solsbury Hill”) and Steve Ray Vaughan (“Riviera Paradise”). Tone Poems Live is a solid collection of flawlessly executed instrumentals with heart. 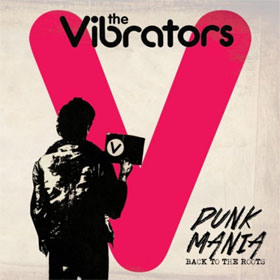 The Vibrators – Punk Mania: Back to the Roots
One thing about the genuine, authentic punk ethos is that it never, ever relies on nostalgia or looking backward. And that makes a “return to the roots” project by a punk group a bit problematic, perhaps even a bit suspect. The Vibrators‘ last album collected collaborations with a bunch of their pals; this latest disc attempts to recapture the fore if the band’s early days. The thing is, Punk Mania! is reasonably successful on that score. From the politically incorrect opener (“Retard”) right through the bonus tracks (including a cover of Flamin’ Groovies‘ “Slow Death,” the band still rocks out. 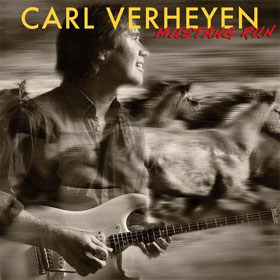 Carl Verheyen – Mustang Run
One can’t ( and shouldn’t) begrudge a musician – or his publicist – for flogging his credits in the press kit; how you got this far is a relevant subject. But the fact that Carl Verheyen had three long-term stints with Supertramp has zero to do sonically with the music on Mustang Run. His work has certainly given him an impressive Rolodex: the album includes instrumental support from Greg Bissonette, Simon Phillips, Chad Wackerman and Bill Evans (the sax player, not the dead jazz pianist). What you’ll find here is Steely Dan-ish instrumental stuff: lots of precision, not much fire. 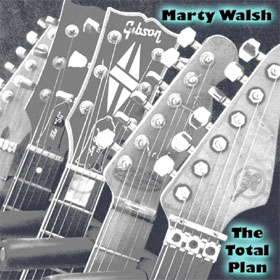 Marty Walsh – The Total Plan
Here’s another guitarist whose music doesn’t sound like his pedigree. In this case, it’s pop-jazz guitarist Marty Walsh, who was involved with Supertramp (them again!) in the post-hits period. Walsh’s many guests get solo showcases, but it’s still the guitarist’s show all down the line. The Total Plan features more uptempo and rocking tunes than one night expect, and Walsh’s songwriting chops (he wrote or co-wrote all ten cuts) is undeniably impressive. The melodies – mostly but not exclusively in the form of guitar licks – stay in the listener’s head after the songs end. This one’s worth seeking out.

Yet more capsule reviews to come.