As part of my continuing effort to thin the pile of to-be-reviewed CDs on my desk – and that’s after culling all the ones I’ve decided not to cover – I present the second in this month’s series of 100-word capsule reviews. This batch will feature new music by artists with whom most readers will be unfamiliar, though a few established names will pop up. All these are worth seeking out, especially for those more adventurously-minded readers/listeners. 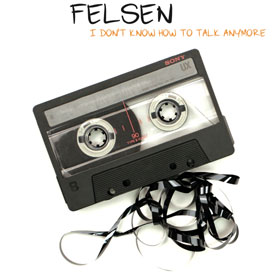 Felsen – I Don’t Know How to Talk Anymore
Imagine a slightly more laid-back Fountains of Wayne, and you’ll have a rough idea of the sound of this Oakland-area band. The Venn diagram of Americana fans and powerpop fans doesn’t feature a large common area, but this self-released effort aims for that sweet spot. They go all anthemic on “Rock and Roll’s Not Dead,” and then wait ’till nearly the song’s end to actually, y’know, rock, but it’s worth the wait. Elsewhere they serve up a breezy, straight-ahead sound that evokes memories of The Cars, crossed with Gin Blossoms. The self-produced album sports a fully-developed glossy production finish. 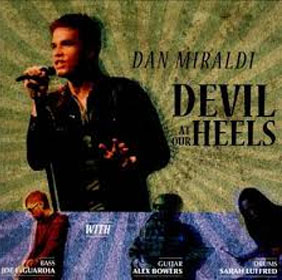 Dan Miraldi – Devil at our Heels EP
Miraldi doles out his music in EP rather than album form, but the truth is that he delivers the goods. That is, if the goods are 80s-styled new wave influenced rock. It’s Miraldi on vocals, guitars and keys here, joined by guitarist, bassist and drummer. The melodies and arrangements all have a vaguely familiar feel to them, which might send more ambitious (read: less lazy) listeners back to their 80s vinyl in search of the answer to the where-have-I-heard-that-before questions. But as throwbacks go, Devil at our Heels is fun stuff. This EP is an improvement over Miraldi’s 2011 effort. 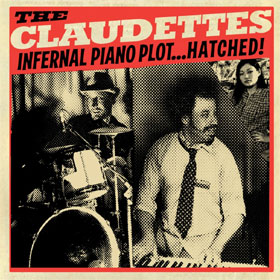 The Claudettes – Infernal Piano Plot…Hatched!
This is a strange one, and wholly out of step with pretty much anything else that’s going on in music in 2014. A piano and drums duo that plays barrelhouse instrumentals? There’s more to them than that one style, of course, but Johnny Iguana (piano) and Michael Caskey (drums) seem intent to stay well outside the mainstream. On “Hammer and Tickle” (yes, they have a sense of humor) they sound more like a swinging Vince Guaraldi than anything else, but the blues figures mightily in their approach as well. Might this catch on as the hipsters’ Next Big Thing? 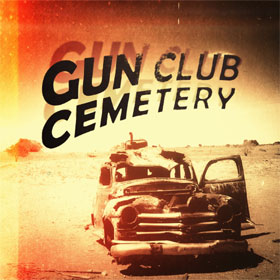 Gun Club Cemetery – s/t
Yeah, the band name makes no sense to me either. Leader Alex Lowe is (sorry) a Scottish troubador/pub-rocking sort of fellow, and his songs – performed here with little filigree, hewing to the guitar/bass/drums format with a spot of keyboard – are appealing and straightforward. In places he’s reminiscent of Rockpile; in others (specifically “Sunset Shadows”) he’s a dead ringer for Michael Penn. And the acoustic-leaning cuts here call to mind Together Alone-era Crowded House. Lowe’s warm voice and heartfelt lyrics mean that time spent with this album yields rewards, as its virtues reveal themselves on repeated spins. A winner. 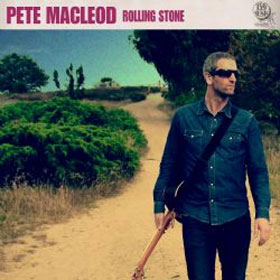 Peter MacLeod – Rolling Stone
Released (like Gun Club Cemetery above) on Alan McGhee‘s new 359 Music, this is highly worth seeking out. With a breezy vibe applied to soaring, big-chord anthems, MacLeod sounds a bit like prime-era Gin Blossoms. The electric guitars chime, the acoustic guitars shimmer, and the uplifting vocal harmonies are the cherry on top. The song titles might seem a bit by-the-numbers (“Let it shine,” “Give a Little Love,” “Hold Me Now”) but the tunes themselves are ear candy of the most addictive sort. MacLeod crafts songs that will stay with you, and move you to hit “repeat.” 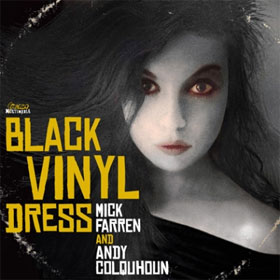 Mick Farren and Andy Colquhoun – Black Vinyl Dress
Truthfully, the late Mick Farren was one of those artists I’ve tended to admire but not listen to. His late 60s work with The Deviants is no doubt influential, and his Stiff Records-era stuff reinforced his relevance. And he was an expert on many topics, from (radical) politics to (equally radical) music. This album will go down in history as his final statement. It’s spoken word with instrumental backing. Yeah, poetry, right down to what sound like bongo drums. How you feel about the genre in general will probably determine whether you dig this. Again: relevant, yes. Enjoyable? You decide. 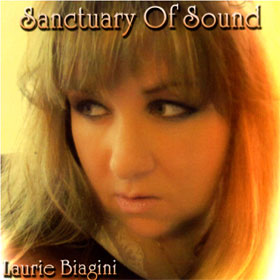 Laurie Biagini – Sanctuary of Sound
It seems perverse to label Vancouver-based Biagini an underground artist: her music is so infectious, chirpy and friendly that the tag seems to confer a vaguely mysterious, sinister vibe that the music simply doesn’t warrant. Trafficking in a style that might almost be termed neo-Brill Building, Laurie Biagini crafts poppy songs that call to mind Lesley Gore more than anyone else. Her sunny and bright musical disposition keeps her out of the singer/songwriter ditch; even on contemplative material, the listener gets the sense that she’s a glass-half-full kinda gal. Production is professional but clearly on the DIY side of things.