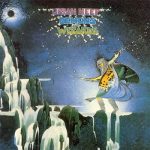 Critical consensus has not been overly kind to Uriah Heep. The British heavy progressive rockers released a string of commercially successful albums in the 1970s – and persist in greatly altered form to this very day – but they often got short shrift from tastemakers. A typical summation of the group and its work can
Read More