the be positives Archive 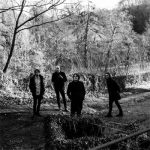 This Manchester outfit released its self-titled debut in 2019, and has continued in earnest on a creative path in the months since then. A single, “It’s Easy (If You Try)” was released in December ‘20, and another track, “Circles” debuted around the same time. Now the band’s second long-player, Everything About the Be Positives has
Read More