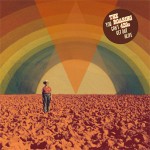 File next to: Elephant Stone, Allah-Las, Fuzztones For The Roaring 420s, everything old is new again. Across the twelve songs on *You Can’t Get Out Alive – their second full-length – this Dresden, Germany based quintet crafts original songs that bear more than a whiff (or a toke if you like) of late 1960s psychedelia.
Read More
There’s a bubbling-under sort of cottage industry in sixties revivalism. And it’s been around for at least a couple of decades now, occasionally popping into the mainstream consciousness to enjoy a charting single or album. Of course Oasis raised the practice to fetishism in the 1990s, shifting millions of units for their trouble. And the
Read More