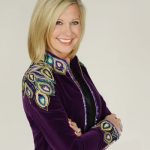 Olivia Newton-John has been a pop star for more than four decades. She got her professional start on Australian TV and radio, and cut her first single in 1966. Newton-John made a name for herself with the release of her first solo album, 1971’s If Not For You. On that record and several that followed,
Read More
Continuing from yesterday’s collection, here are more quick looks at recently-released reissues and/or compilations from Real Gone Music. Toomorrow: Original Soundtrack Album Seeing the names Harry Saltzman (of James Bond film fame) and Don Kirshner (of, well, Don Kirshner fame/infamy) emblazoned across the cover of this 1970 curio suggests we’re in for something that might
Read More