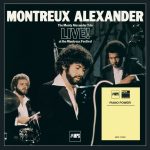 Alexander’s seventh release for MPS, Montreux Alexander is a document of the pianist’s trio live at the Montreux, Switzerland Jazz Festival in June 1976. As the liner notes explain, neither Alexander nor his rhythm section – bassist John Clayton and Jeff Hamilton on drums – had any advance idea of what songs they would perform.
Read More
MPS is the highly revered label headed by Hans Georg Brunner-Schwer and several associates. Founded in the mid 1960s, MPS became home for many highly-regarded jazz musicians. Between 1966 and 1983, MPS released more than 400 albums. Many of these are out of print today, and ownership of the MPS catalog has changed hands several
Read More