MPS is the highly revered label headed by Hans Georg Brunner-Schwer and several associates. Founded in the mid 1960s, MPS became home for many highly-regarded jazz musicians. Between 1966 and 1983, MPS released more than 400 albums. Many of these are out of print today, and ownership of the MPS catalog has changed hands several times since the label ceased operation. In 2014, German independent entertainment conglomerate Edel obtained the rights to MPS titles, and under the Kultur Spiegel banner, began a program of reissues. I’ve provided brief reviews of two of these already; today I take a look at four more newly-reissued jazz titles from MPS. 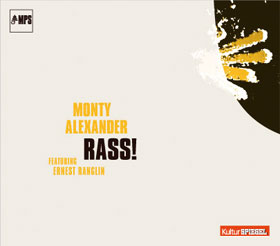 Monty Alexander – Rass!
Rass! was the fourth album from this Jamaican pianist who’s often described as a follower of Oscar Peterson‘s style. But on this 1974 disc, Alexander favors the Fender Rhodes electric piano. Joined by two electric guitarists, an electric bassist, and three percussionists, he leads the band on a tuneful outing that’s both low-key and intriguing. Rass! could be considered a forerunner of the dreaded smooth jazz era (think of “Theme from Taxi,” for example), but taken on its own terms, it’s quite good. Ernest Ranglin‘s busy, inventive guitar work is a highlight of the disc. Alexander remains musically active today. 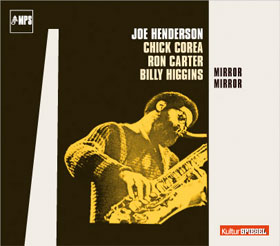 Joe Henderson – Mirror, Mirror
On this 1980 album, tenor saxophonist Joe Henderson shares billing with keyboard ace Chick Corea, bassist Ron Carter, and drummer Billy Higgins. Though he released nearly three dozen albums as a leader, Mirror, Mirror is his only MPS release. Like all MPS titles, it’s flawlessly recorded, but there’s an especially warm and intimate vibe to this session. It’s an all-acoustic session, which might be an example of backing away from the more aggressive electric fusion sounds of the previous decade. In particular, Corea’s piano positively sparkles, adopting a Bill Evans-like approach to melody. Carter’s “Keystone” is the most uptempo number. 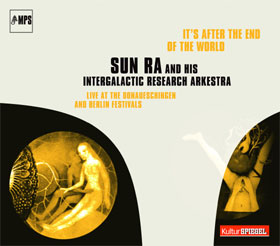 Sun Ra and His Intergalactic Research Orchestra – It’s After the End of the World
There’s no such thing as a truly accessible Sun Ra album; his outsider approach to jazz meant that his releases never fit comfortably into the genre. This 1970 live album does nothing to change that impression; in that year Sun Ra released two other live albums, and three studio records. His musical trademarks – atonal melodies, “snorking” saxophones, bizarrely chanted vocals, electronic distortion – are all present in varying degrees. This set is most assuredly not for the faint-hearted, but it’s recommended to those with an ear for Sun Ra’s otherworldly brand of musical exploration. Don’t say you weren’t warned. 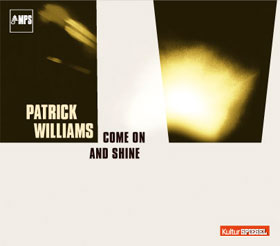 Patrick Williams Orchestra – Come On and Shine
In retrospect, this 1977 disc is something of an all-star affair. Everybody’s favorite bass player Tony Levin joins guitarist Steve Khan, harmonica star Toots Thielemans, and keyboardist Dave Grusin. A crack horn section is on hand as well. But the resulting album isn’t exactly jazz; funky disco might be a more accurate description. And in those moments when it’s not discofied, the tunes on Come on and Shine sounds like TV or movie theme music (there’s even some Shaft-esque guitar work amid the Love Boat-style horn charts and syrupy strings). Jazz purists will be horrified by the unabashedly commercial arrangements.